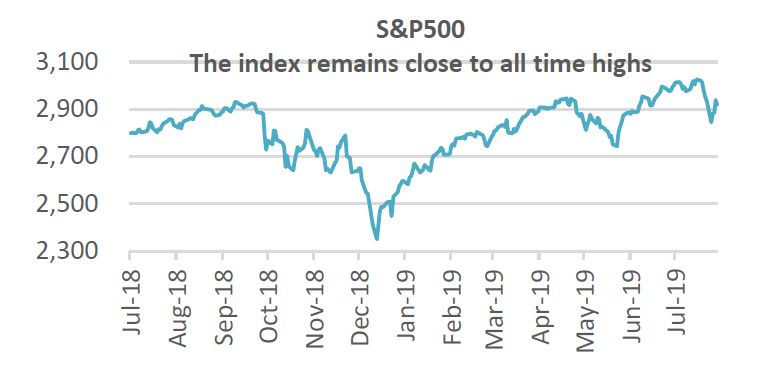 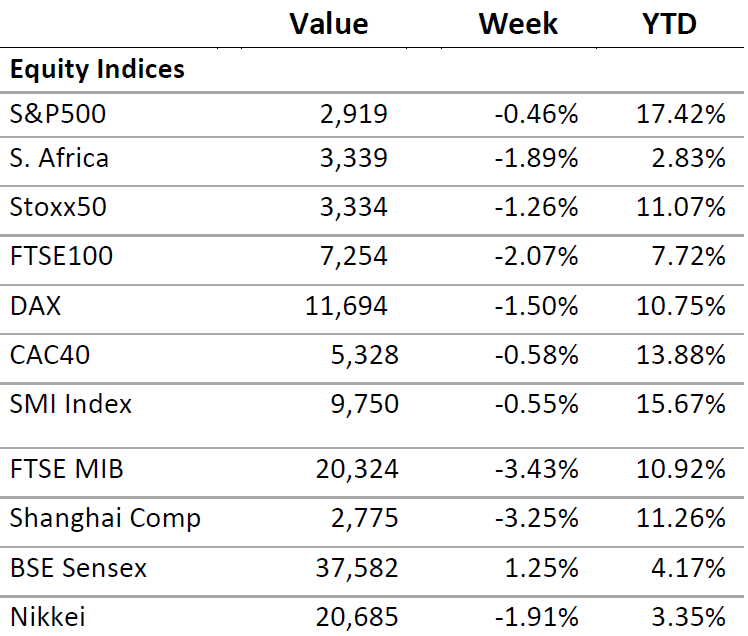 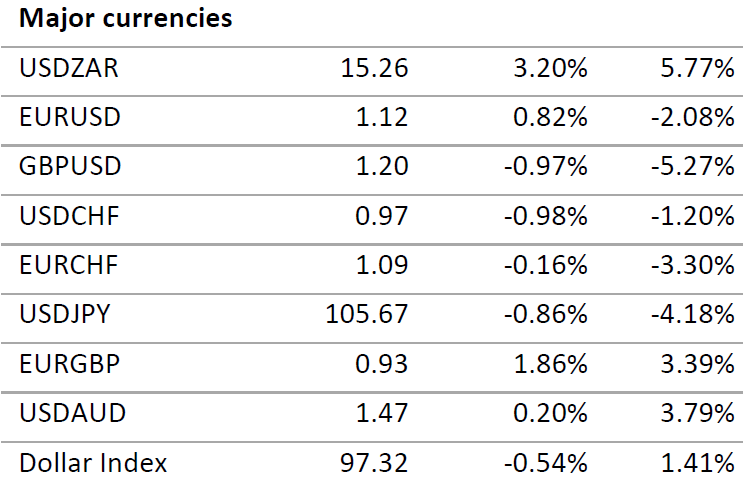 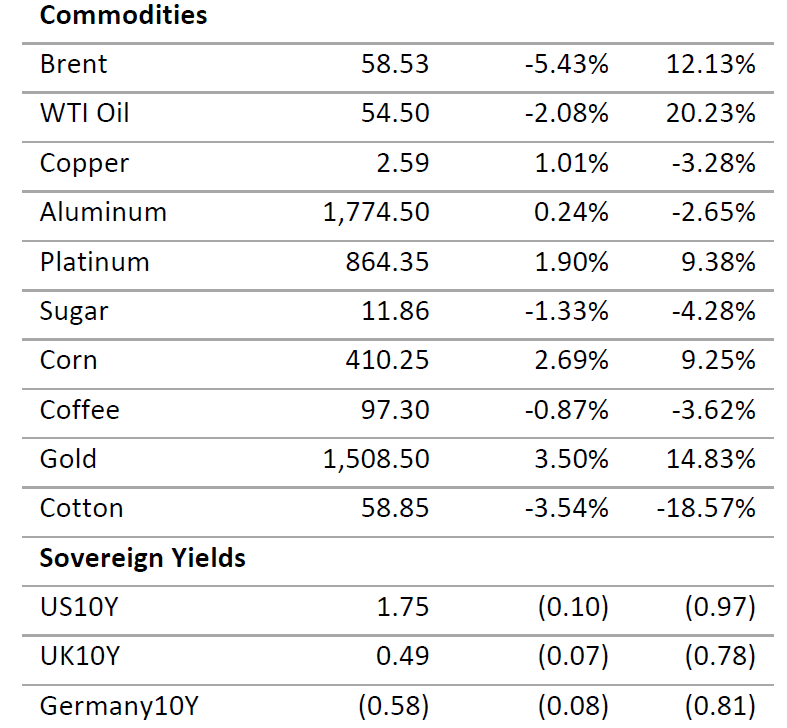 Last week, the S&P500 VIX index a measure of volatility, spiked to its highest level this year. The energy sector was the most affected after a surprise rise in US inventories and yields on the 10 year treasuries fell to their lowest level since 2017. In the fixed income market corporate and high yield spreads widened. Falling yields have been favourable to the real estate sector which has been among the best performing sectors on a one year basis.

The trade war escalated on Monday after the Chinese let the Yuan slip against the dollar and announced retaliatory tariffs on agriculture after the White House (WH) had announced another round of tariffs. This further escalated with the WH branding China a currency manipulator and announcing on Friday that there may not be further negotiations in September. However, sentiment was less toxic and the dip was bought after the Yuan stabilized, exports data from China surprised to the upside and there were no further inflammatory tweets after Monday.

US labour market data remained strong and core producer prices declined by 0.10% in July for the first time since 2017. This shows the US economy continues to grow, albeit at a slower pace.

In Europe, German industrial output contracted by 1.5% in June, larger than was estimated by economists and is confirming the downward trend seen in other series like business and consumer sentiment and investment. Yields on German treasuries up to 30 years are now negative and confirm the slowdown in the largest European economy. In Italy, sovereign yields spreads against the bund widened after Deputy Prime Minister Matteo Salvini agitated for snap election in October. In the UK, GDP growth fell by 0.20% in the second quarter, the first contraction in seven years and pushed the pound to 1.20 against the greenback. A fall in manufacturing output on account of Brexit uncertainties is largely to blame.

The US Economy Fights International Headwinds

The US Sovereign Spread Compression Is Transitory