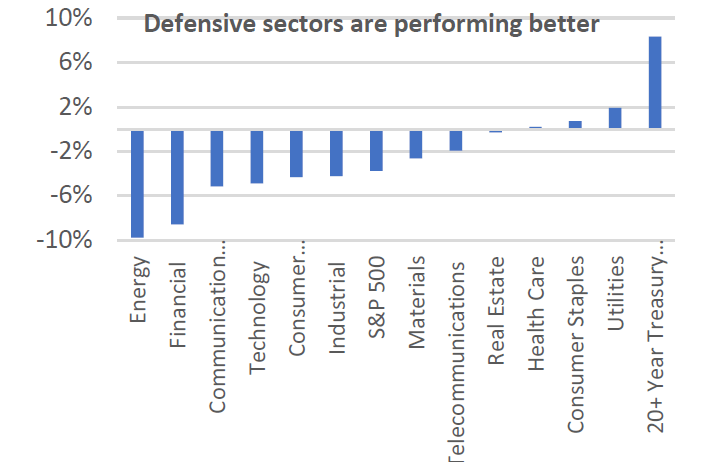 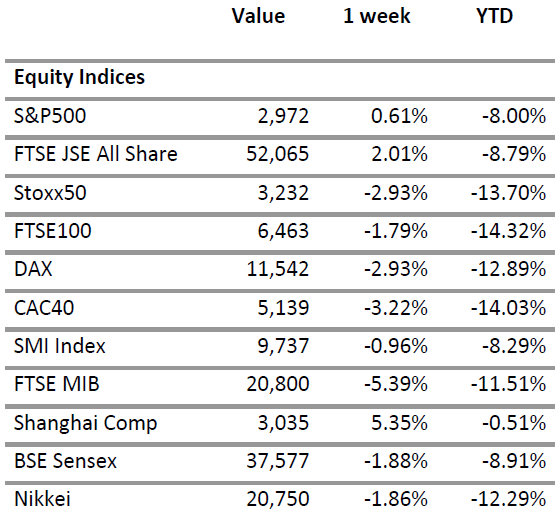 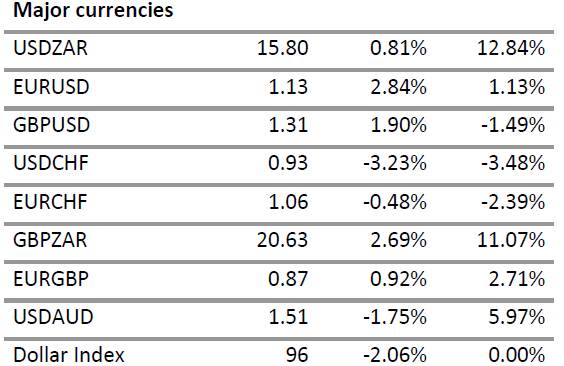 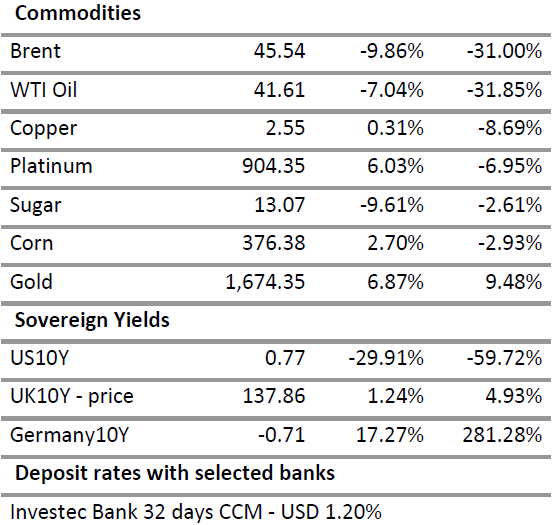 Defensive stocks within the S&P500 largely outperformed growth stocks last week. The Utilities, Consumer staples, Healthcare and Real Estate all ended higher while energy and financial stocks fell sharply (chart above). The US FED responded strongly with a cut of half a percent to interest rates with a promise to do more and markets rallied. But the Euro Group’s statement which contained only promises left investor unimpressed and indices fell again.

Officials from the World Health Organisation claimed that 90% of China’s response to the virus was ensuring adequacy of health infrastructure, identifying those who had been in contact with infected people and keeping them under surveillance, and the lockdown of cities when required. The number of infected people and casualties has risen exponentially since last week and the true impact in many countries is difficult to estimate due to a lack of testing. Only aggressive measures such as testing and similar to the lockdown of parts of Italy can lead to a stabilisation of infected cases in the coming weeks.

Financial market stress worsened after oil prices dropped after OPEC + Russia could not agree on a production cut. This is spilling over to other asset classes like high yield credit and currencies. Expect the FED to further lower rates and provide liquidity to banks. Quantitative easing might also be an option. The risk to the bull market remains whether there will be a bailout in case corporations such as airline companies were to become bankrupt.

If the GDP growth rate in the US falls towards 1%, bipartisan support for a fiscal boost will be crucial after July. In Europe, there is limited expectations of a fiscal boost due to political uncertainties. However if the above issues are well managed by policymakers, the second part of the year should be more rewarding for investors

Covid 19 - The Situation Should Improve Significantly In May