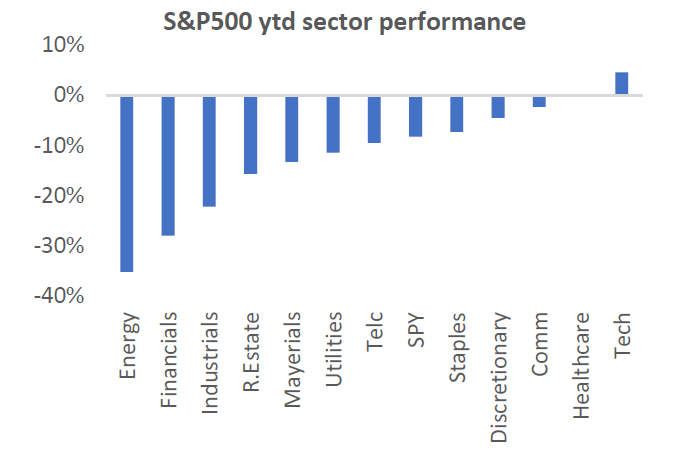 Investors were looking for new drivers to determine the direction of markets last week. As the relatively positive news flows from earnings season and the easing of lockdown measures subsided, bearish sentiment returned and major indices ended the week in the red.

The possibility of an additional fiscal package of USD 3 trillion proposed by Democrats in the US suffered a setback as President Trump said this was ‘dead on arrival’. However, in a speech on Wednesday US FED Chair Powell did not exclude further monetary stimulus after declaring there is significant downside risks to
economic growth in the months ahead. Furthermore the US China trade talks which has come under scrutiny in recent weeks was a talking point again; President Trump declared on Fox Business news on Thursday that he had no interest in resuming talks with his Chinese
counterpart and that the US might review its entire relationship with China!

There is less financial market stress now compared to a couple of months ago. The USD Libor – OIS spreads is lower after aggressive FED intervention and equity risk premiums have recovered sharply the FED announced open ended quantitative easing on 23rd March.

Compared to European indices, the US market has performed better due to the outperformance of technology companies (chart above). The Euro Stoxx bank index was at all-time lows last week and a rebound is reliant on support which the European recovery fund
will provide to the south which is exposed to tourism and the north which suffers from a slowdown in global trade.

Factset reports that analyst estimate the S&P500 index will rise to 3,220 in the next 12 months. This would represent a gain of 13% over its closing price of last week. Even if volatility remains elevated and range
bound action is likely in the near term, a good asset allocation could reward investors in the long run.
-

Lower Base Effects Will Be A Tailwind For Growth In 2021

US Markit Services PMI Indicates A Rebound In Activity