US Growth Stocks Continue To Outperform Their Value Counterparts 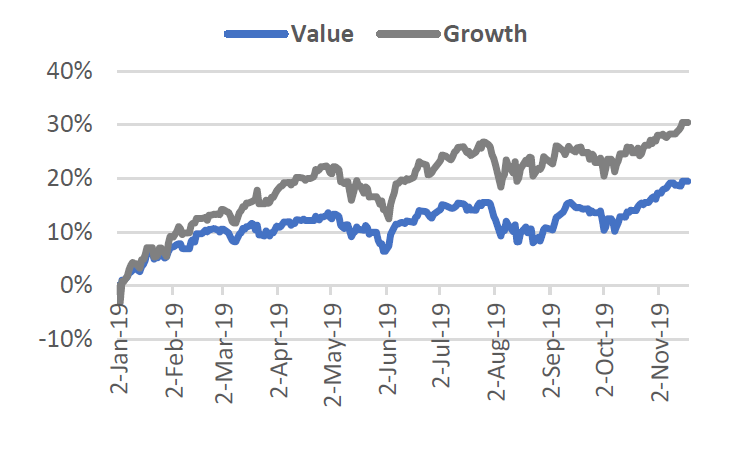 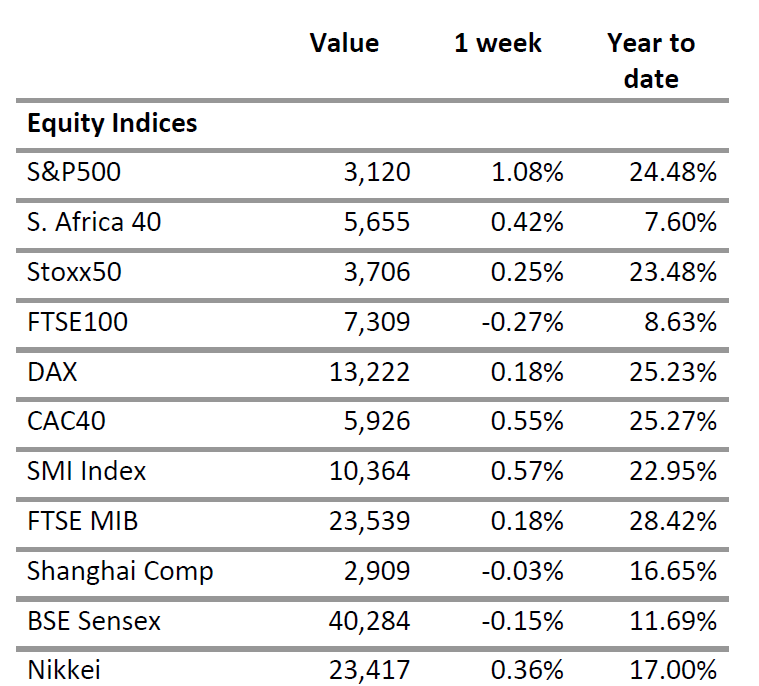 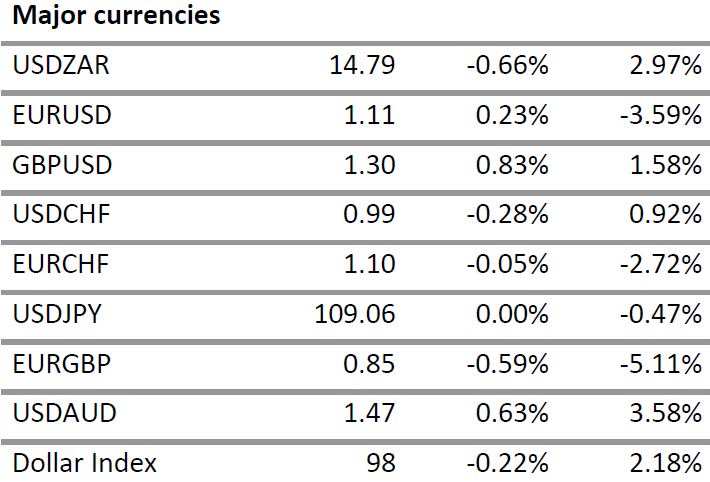 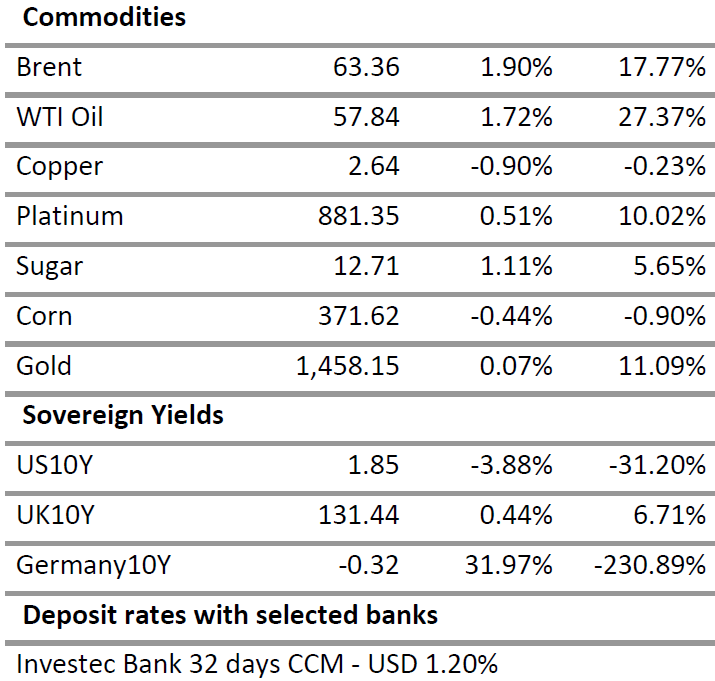 The S&P00, DOW and Nasdaq indices all reached further all -time highs last week as investor sentiment remained bullish following news from the White House that they were close to reaching an agreement with China on trade.

Healthcare stocks outperformed after the Trump administration issued new rules requiring hospitals to be more transparent in their pricing and energy stocks trailed after declines in Exxon Mobil. The 12 month forward PE ratio of 17.5 is slightly above the long term averages with the 5 year average at 16.6 and 10 year at 14.9.

In the year to date, growth stocks continue to outperform Value stocks and this is a sign that underlying company fundamentals have also been a major catalyst for the rise. (Chart above - measured using the Vanguard ETFs as a proxy)

FED Chairman Powell’s appearance before the House budget committee revealed that further interest rates cut could be on pause for now as there were no signs that the slowdown in manufacturing was spilling over to the services sector. Indeed, data released on Thursday showed a decline in industrial production by 0.8% in October, the sixth monthly decline this year but on Friday, retail sales and consumer confidence rose.

In Europe, indices rose on the continent as GDP figures released showed a growth of 1.2% year on year and Germany avoided a technical recession for the third quarter.

The UK also avoided a technical recession but the economy grew at its slowest pace in a decade.

This month’s PMI data on both sides of the Atlantic will provide clues as to whether the October prints indicated a potential bottom in the global manufacturing cycle.