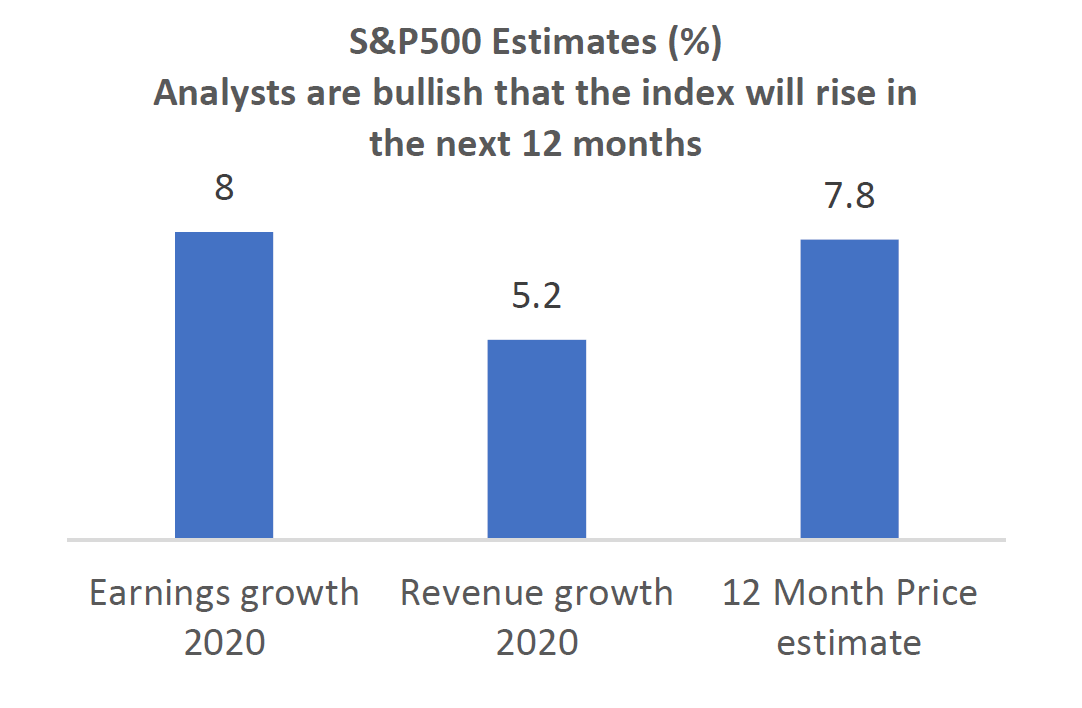 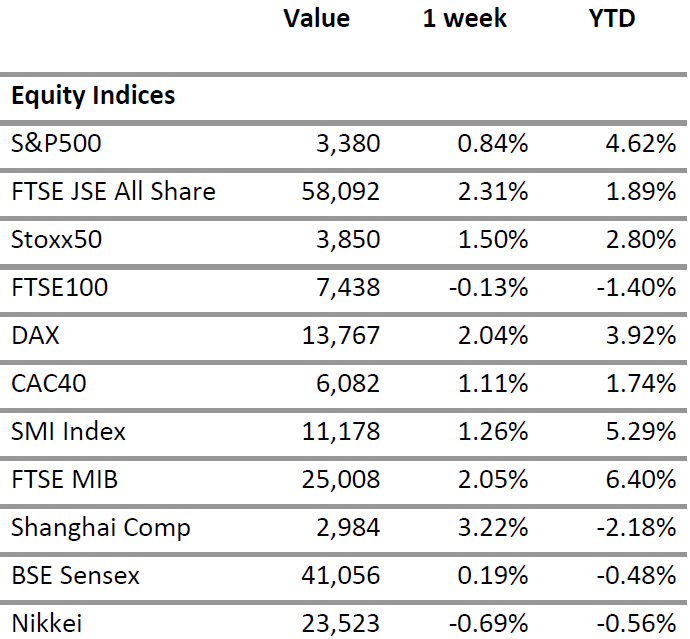 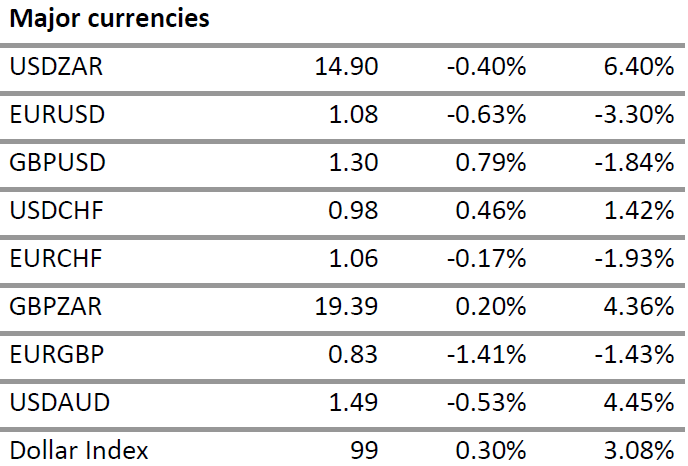 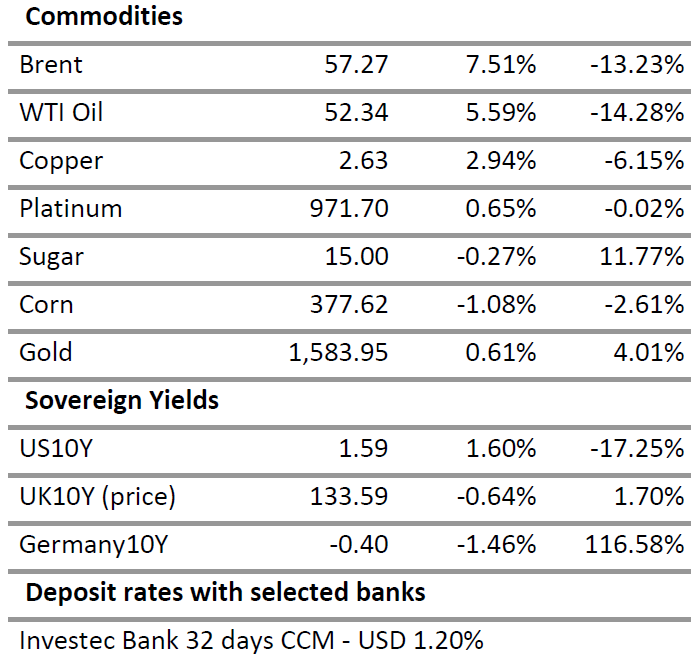 Major indices recorded another week of solid gains. Within the S&P500 which rose by just under a percent, the defensive real estate and utilities sectors performed best. The healthcare, staples and financial sectors lagged but ended the week higher. The technology and communication services sectors also continue to show solid growth.

The testimony of FED chair Powell to Congress boosted sentiment and the CME FED Watch tool showed that a majority of market participants expect the central bank to lower rates at its meeting in July or September. It is possible that a rate cut would coincide with proposed tax cuts which the outgoing Trump administration will present to voters for his re-election campaign.

On the macroeconomic front, weekly jobless claims data showed the series remains at a multi decade low and retail sales data released on Friday indicated an expansion of 0.3% in January. These are positive signs that corporations will continue to expand revenues. Factset estimates that the bottom up price target for the S&P500 for the next 12 months is 3,637 and this is 7.8% higher than the closing price of last Friday. (see chart above).

However, the Industrial sector remains weak after a consecutive month of decline due in part to a halt in the production of the 737Max airliner by Boeing and disruption in supply chains due to the Covid-19 virus.

Meanwhile, European stocks also advanced but the FTSE100 was little changed following the abrupt resignation of Sajid Javid, the Chancellor of the Exchequer after a disagreement over fiscal rules which the government wants to relax.

The Bank of England Governor seemed to agree with the government as he said in a testimony to the House of Lords, that interest rates would remain low for the foreseeable future and that business and government investment should be increased to boost GDP growth.