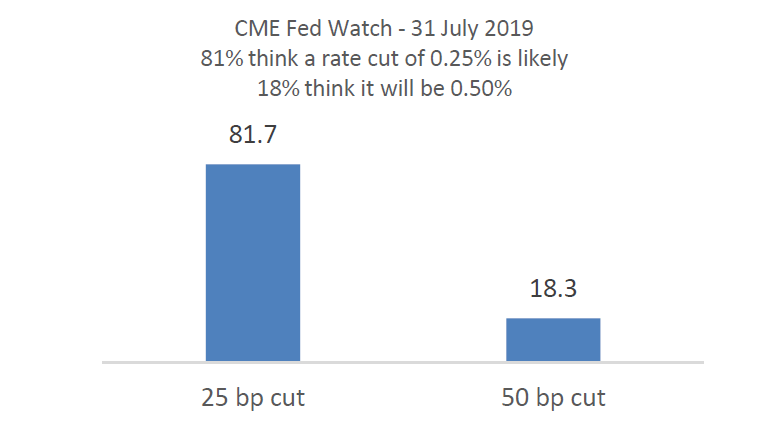 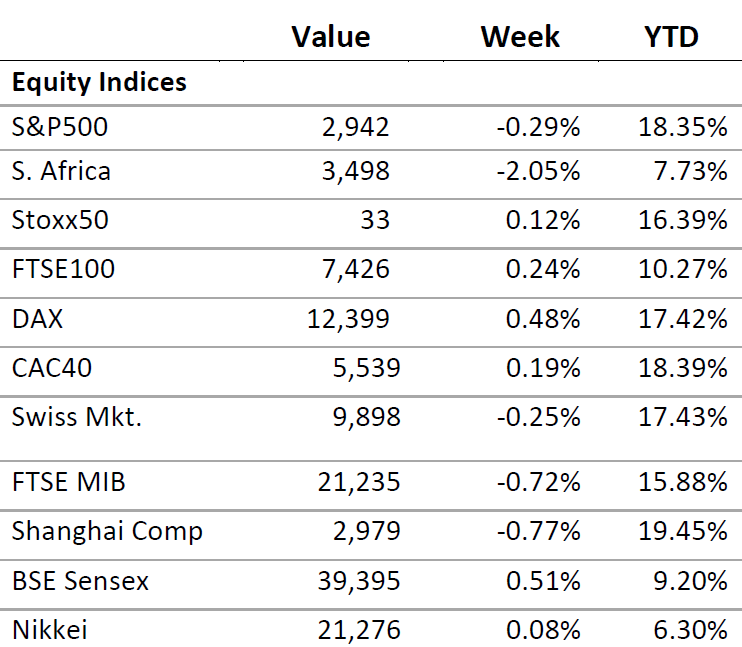 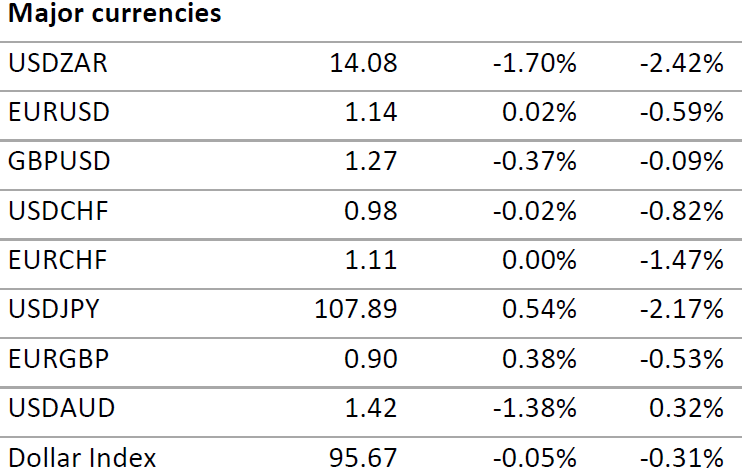 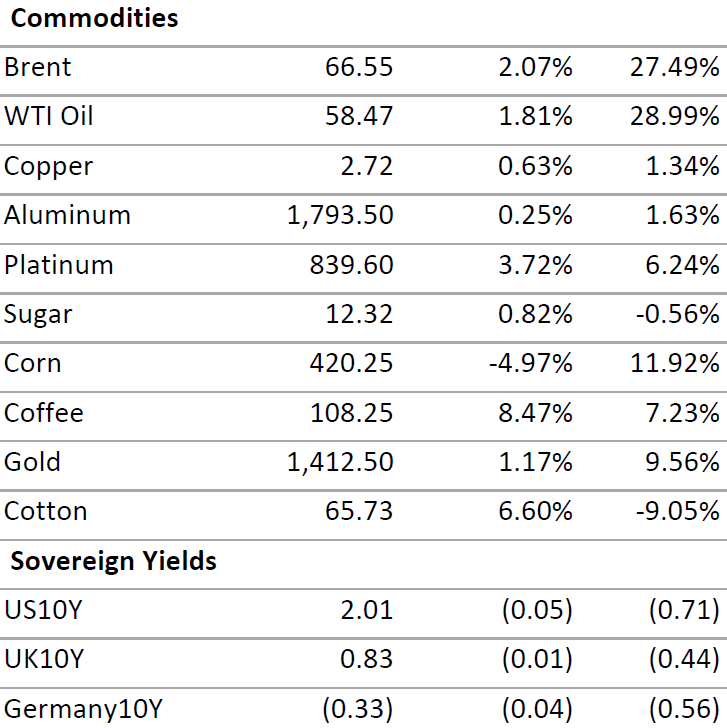 US large capitalization stocks retraced from their all-time
highs of the previous week but the Russell2000 index of
small caps gained even if it remains below its all-time highs
of late last year. European indices were modestly higher
and the Eurodollar closed at 1.14. Healthcare company
AbbieVie announced plans to buy rival Allergan for an
estimated consideration of USD 63 billion.

US Fed Chair Powell surprised markets by revealing that at
the FOMC meeting in May, the discussion was that growth
remained solid and international headwinds relating to
trade were subsiding while inflation remained close to the
2% target. In essence he was hinting that the stagflationary
push was temporary and hence policy adjustment was not
required. The transitory stagflation is something we
highlighted in this column when he made a premature and
abrupt policy U-turn in January after his December ‘fauxpas’,
as opposed to letting disinflation happen naturally.
The CME model of Fed Fund rates also shows that 100% of
participants estimate the FED will cut interest rates on 31
July 2019.

As the rate of growth of both the US and Chinese economies
is slowing, President Trump and Premier Xi used the G20
meeting to reestablish trade talks by making concessions to
each other. Analysts now fear that the White House might
turn its attention to the EU which is setting up a payment
system to counter US sanctions on Iran as it restarts its
uranium enrichment program. This has a bearing on oil
prices which increased by 2% last week and could
potentially affect medium term inflation if the situation
escalates.