A Spike In Volatility Brings About A Much Awaited Dip 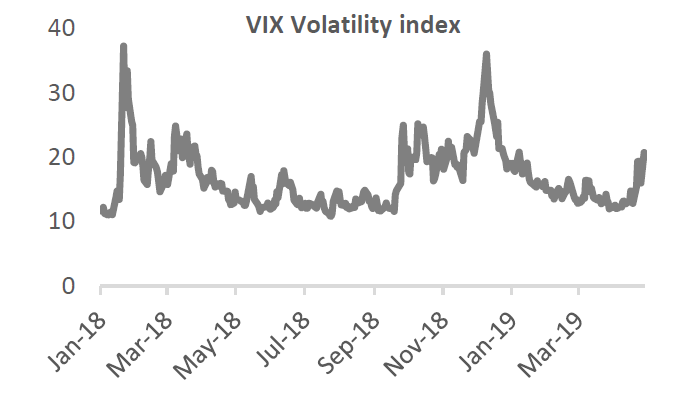 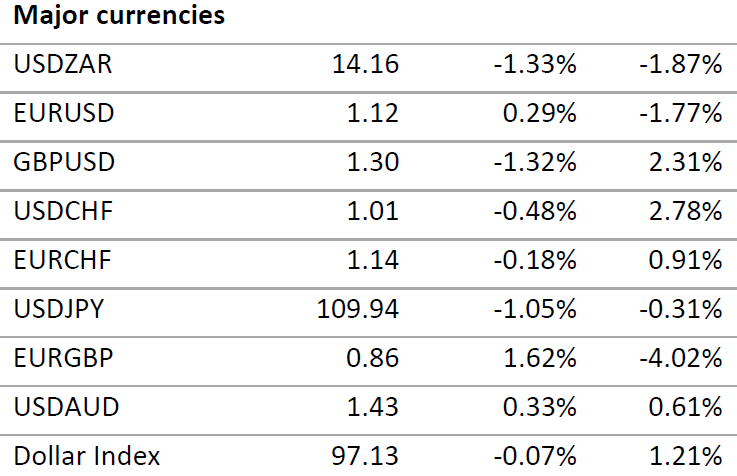 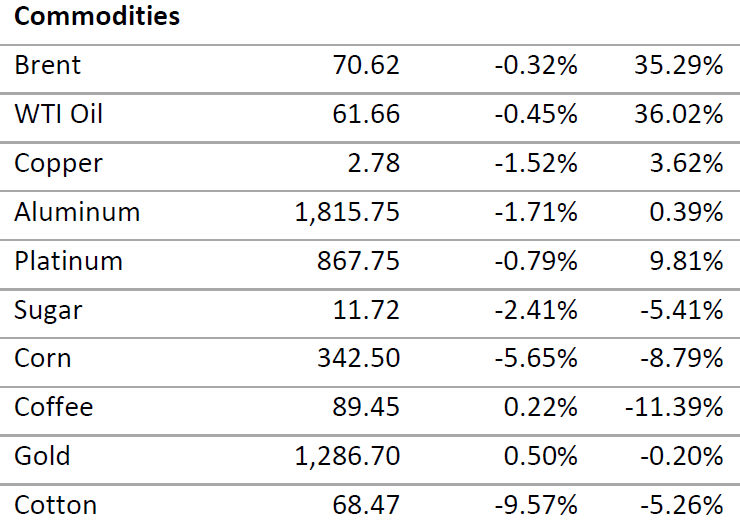 Trade tensions between the US and China last week led to a spike in the VIX index, a measure of volatility of the S&P500 which reached its highest level since January. All major indices fell and technology shares were worse off as heavy weight Apple dropped by 5% and the industrial and materials sectors also dipped. Defensive sectors like Utilities and Consumer Staples offered better resistance and bond yields decreased marginally in spite of low demand in a treasury issuance. In Europe, German industrial production figures were better than expected and earnings of reporting companies remained solid.

This did not protect the stock market from the risk aversion sentiment as the CAC40 and DAX fell by 4% and 3% respectively. The European Commission downgraded its growth forecasts by 0.10% on trade tensions and the pound further suffered from Brexit.

It seems that there are irreconcilable differences between the US and China around the enforcement mechanism for a deal proposed by the US and the value of goods which China must buy under the agreement which the latter finds unrealistic. According to a Goldman Sachs note today, detailed analysis at the item level showed no decline in prices of affected goods exclusive of tariffs last year implying US consumers were suffering the impact. Furthermore, US producers have opportunistically hiked prices in response to protection from Chinese competitors and the bank estimate a hit of 0.4% to GDP growth from the additional tariffs. Undoubtedly China, which just hiked tariffs on $60 billion worth of goods, will also suffer in the long run as it becomes reliant on capital inflows to funds infrastructure projects.

On this trajectory, it is likely that major central banks will have to move to a more dovish stance sooner rather than later and buying on this weakness could be an interesting strategy.