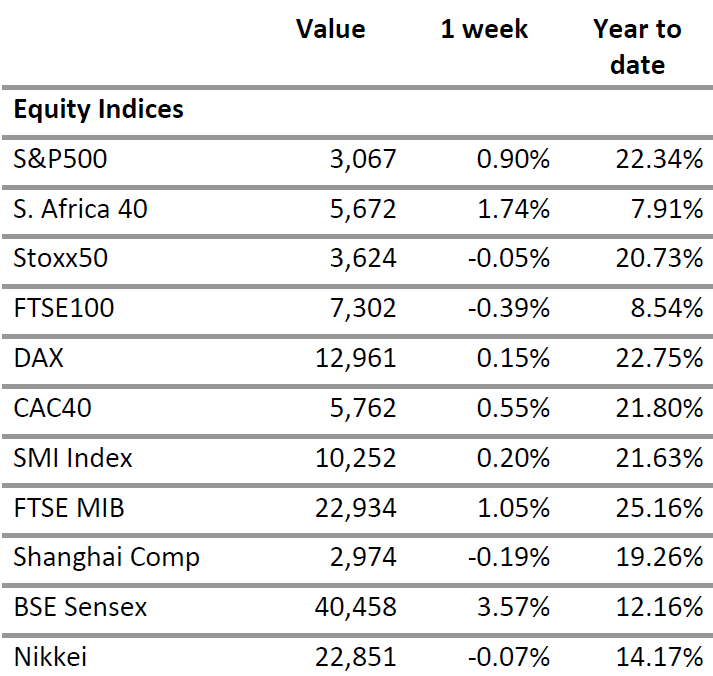 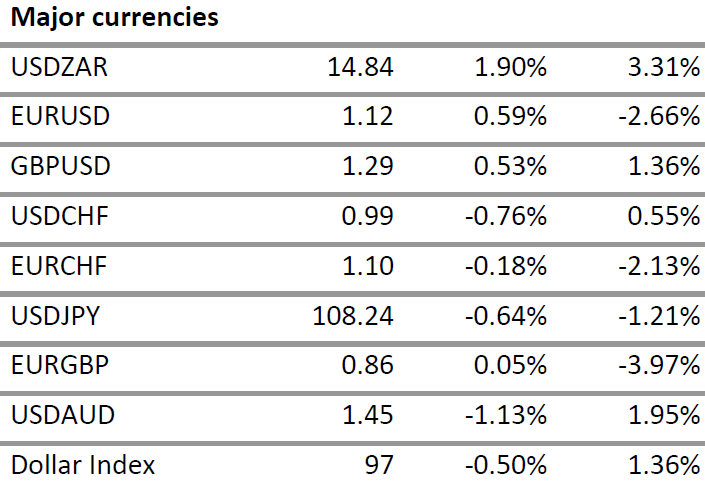 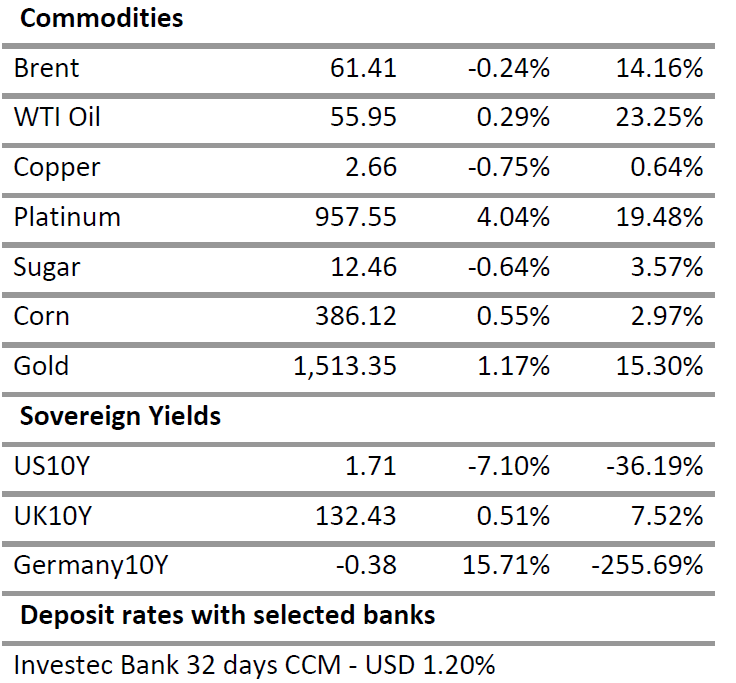 The S&P500 closed the week at all-time highs after positive data on jobs and earning reports of corporations. The technology centric Nasdaq index also reached all-time highs and the healthcare segment of the S&P500 outperformed following positive earnings surprises from Merck and Pfizer. The VIX index of volatility dropped to its lowest level in four months.

Factset data shows that three out of four companies have reported better earnings than was estimated by analysts. So far 71% of companies within the S&P500 have reported and the current forward P/E ratio of 17.2 is higher than the five year average of 16.6.

The year on year earnings is expected to decline by some 2% after being dragged down by the energy sector. Analysts expect the trend for the fourth quarter to be similar with sectors like Utilities, Financial, Healthcare and Communications services posting positive growth. (chart above).

It is worth noting that the Russell2000 index which is a good indicator of the breadth of participation is still some 10% below its 2018 highs. A continued improvement would boost risk sentiment significantly.

The US FED cut rates for the 3rd time as was widely anticipated and reiterated they would remain data dependent for their next move. Across the pond, the DAX remained close to its all-time highs after the EU agreed to a Brexit extension.

The ECB restarted asset purchases of EUR 20 bn a month and it was noticeable that more funds flowed into European than US stocks this week. The Eurodollar will be scrutinized to assess the impact of the asset purchases in the coming weeks.

On another positive note, data from IHS Markit shows that manufacturing PMIs in France and Germany improved sequentially this morning.