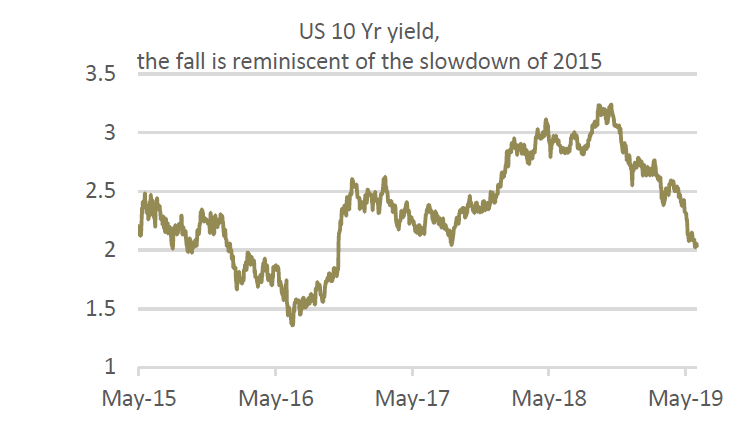 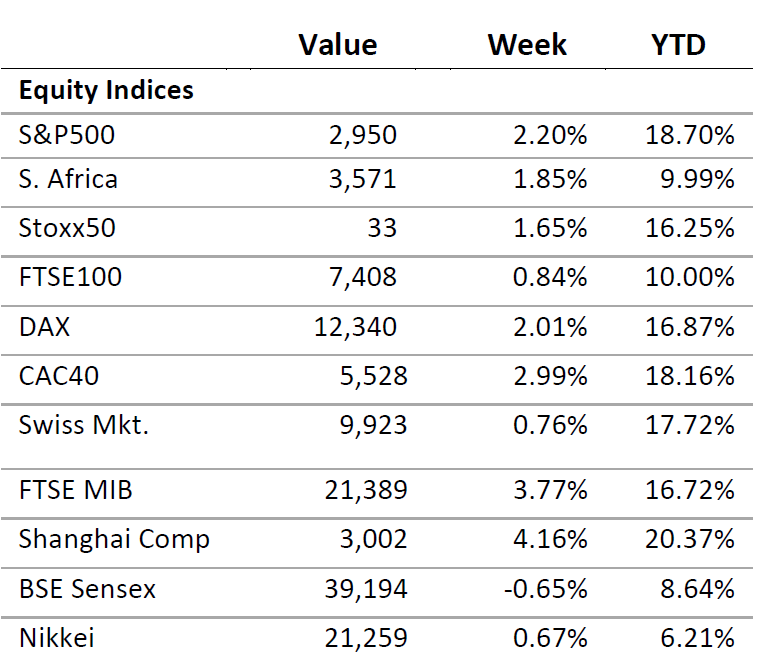 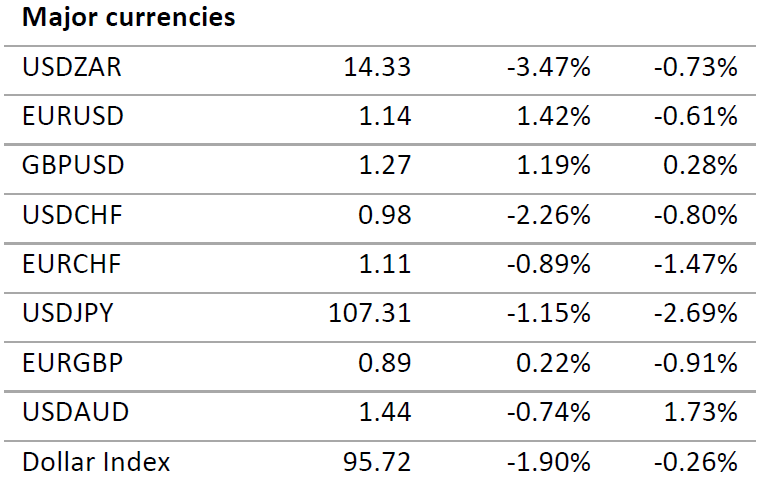 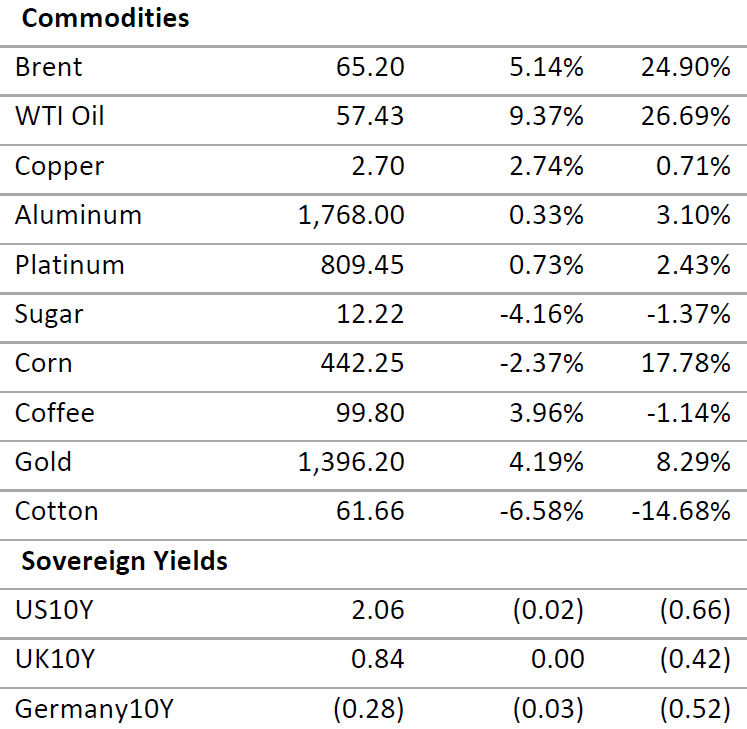 Dovish messages by the US Federal Reserve and the ECB powered risk assets higher last week. The S&P500 made all-time highs, the DAX and the CAC40 closed 2% and 3% higher respectively and the Shanghai Composite index closed higher 4% for the week. Oil prices jumped following geopolitical tensions, the Eurodollar rallied to 1.14 and bond yields keep pushing lower on growth and inflation worries (chart above).

At the ECB forum in Sintra on Tuesday, President Draghi hinted at measures to combat soft growth and falling market expectations of inflation numbers. There could be a further reduction in interest rates, the extension of forward guidance but more importantly the restart of the quantitative easing program. On Wednesday, the US FED meeting minutes also pointed towards rate cuts during the second half of the year. This tallies with our non-consensus call at the start of the year that economic data would slow in quarter 2 and 3 due to higher comparative base effects.

The telephone conversation between the US and Chinese leaders on the resumption of trade discussions helped risk sentiment. However, many analysts are now more cautious and are weighing whether President Trump is assessing the political gains of escalating tensions with China as he enters an election year compared to the resulting economic costs. Reports on the Chinese side also indicate that they will impose the removal of existing sanctions as a pre-condition to a deal implying it will be difficult to reach a consensus.

The US Empire Business survey and German ZEW expectations nosedived and preliminary estimates of manufacturing PMIs, which has a high correlation to GDP growth, showed deceleration in the US and continued weakness in Germany which has contracted for 5 consecutive months. Market expectations that the G20 meeting will result in some form of agreement, similar to the Shanghai accord of 2016, to spur growth remains high.