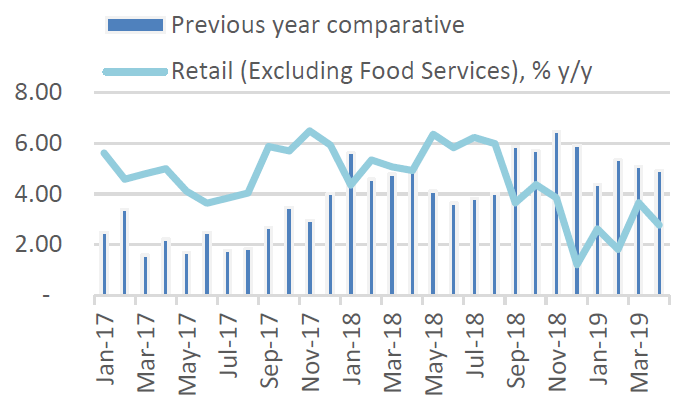 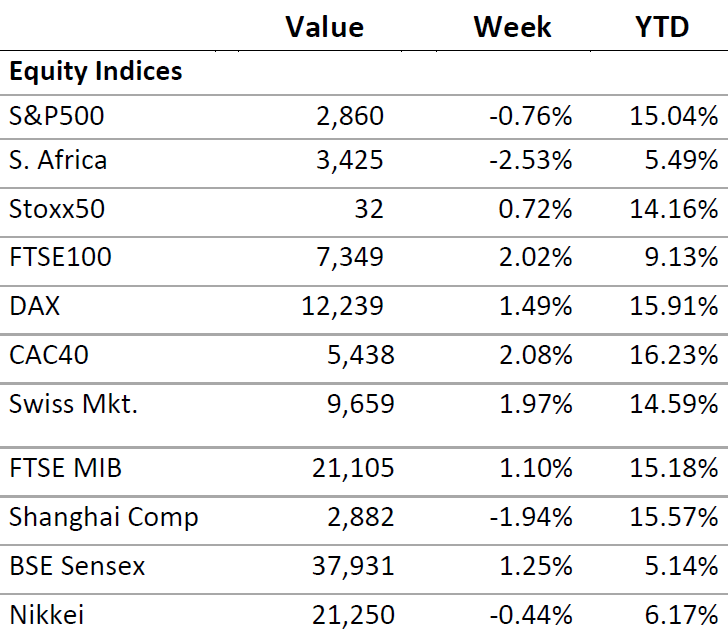 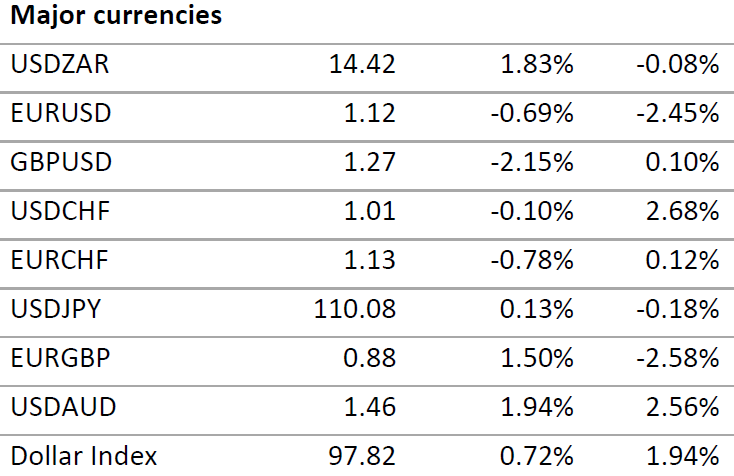 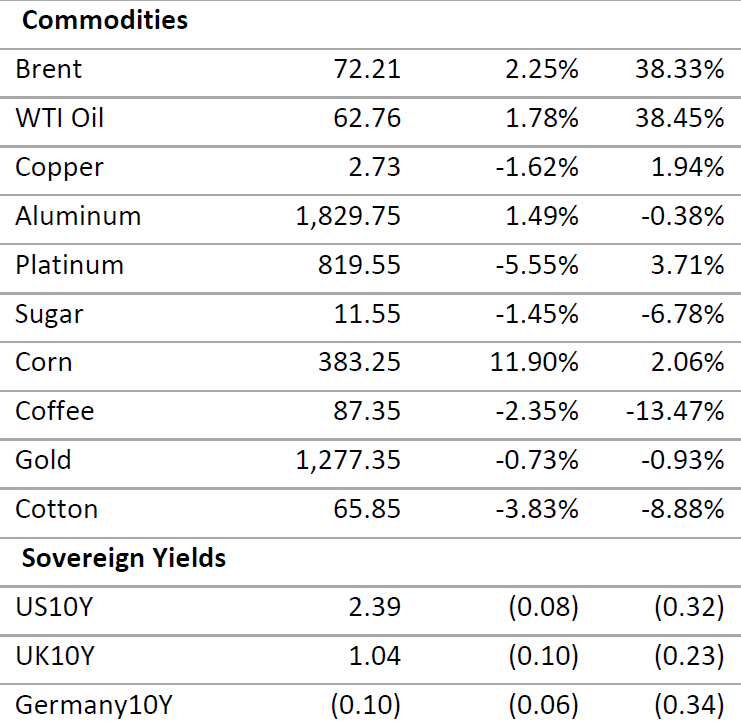 The S&P500 and Shanghai Composite index fell by 0.76% and 1.94% as trade tensions between the two largest economies in the world dragged on. The technology sector within the S&P500 gained over 1% and the industrial sector 0.26% after being weighed down by a cut in earnings estimates by John Deere & Co. due to a delayed planting season in the US Midwest and trade tariffs.

The Consumer discretionary sector lagged after apparently modest retail sales data. However as we discussed in previous notes, consumer spending and overall GDP growth indicators will slow on a year on year basis simply because of steeper comparative data on account of a stimulus fuelled 2018 (chart above). Consumer confidence data remains healthy and average weekly earnings and housing starts are supportive.

It is worth noting that according to Factset data, US corporations which have 50% or more of their revenue derived from foreign sources have considerably underperformed domestically oriented corporations on revenue and earnings. Given that the second quarter estimates of US GDP by the New York Fed is 1.79% and weaker international demand will affect US growth in the second part of the year, 55% of investors expect a fall in interest rates at the FED meeting of 30th October according to the CME Fed Watch tool and this will support equity indices.

On Friday, the US administration delayed the imposition of sanctions of 25% on automobiles from Europe by another 6 months providing much needed relief to the sector which is already suffering headwinds from the adoption of carbon emission norms.  In China, data for industrial production, retail sales and fixed asset investment last week were below estimates and indicate slowing growth which will be a headwind especially for South-East Asia and Europe.

​​​​​​​However, in spite of short term headwinds, the longer term outlook remains positive.

A Spike In Volatility Brings About A Much Awaited Dip