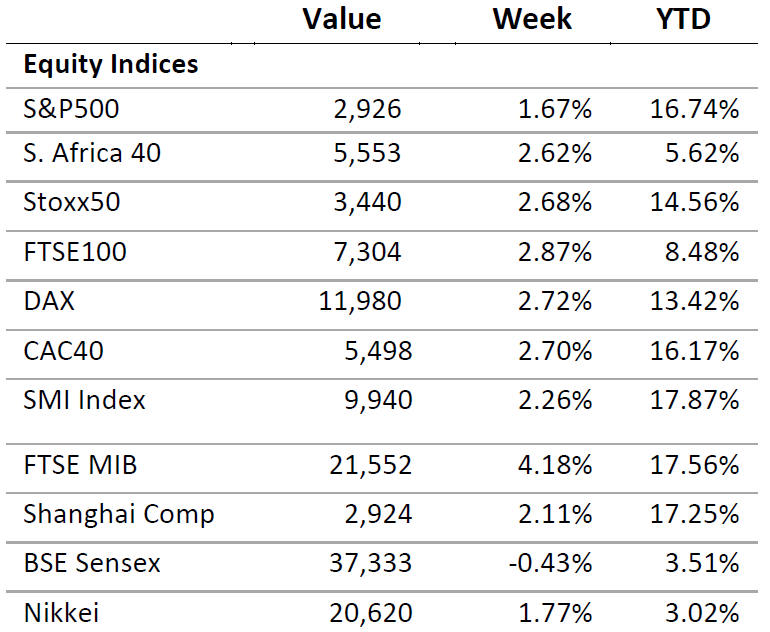 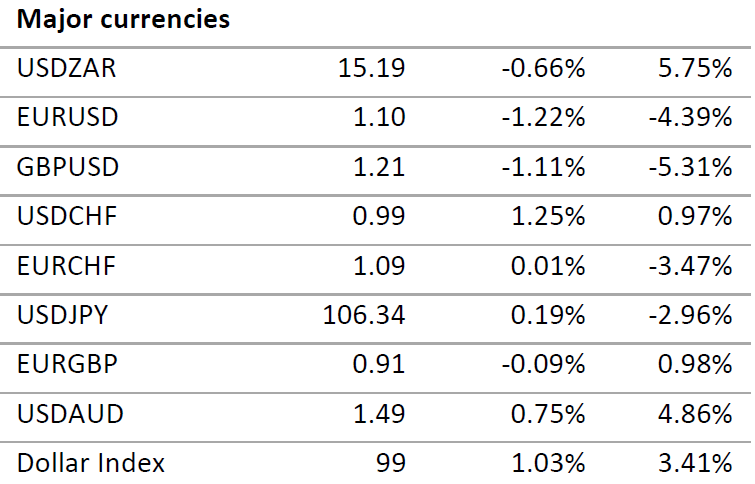 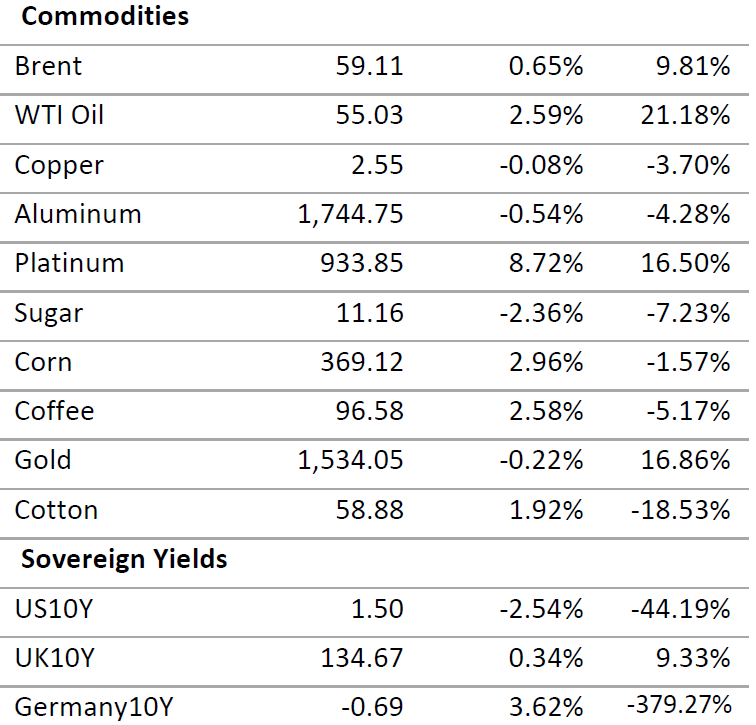 Last week global equity indices rallied and the S&P500 had its best week in 3 months. A rise by over 4% in shares of UPS boosted the industrial sector which performed best during the week. Defensive sectors like utilities and real estate lagged but still ended the week higher.

An increase by 0.6% in retail spending was the fastest pace in three months but a fall in consumer confidence measured by the University of Michigan showed a drop to levels of 2016; trade tensions may be affecting morale although so far, this is not showing in the hard data as figures on employment, wage growth and an array of measures of demand remain at cyclical highs. The near term picture however remains an ongoing slowdown from cyclical highs which should help growth increase sequentially next year as base effects improve. In this context, the defensive sectors like utilities, real estate, staples and long term treasuries have outperformed over the past 12 months and should maintain the trend in the next months. (chart above).

In the UK, Prime Minister Johnson suspended parliament for one month in an attempt to increase his bargaining position against his EU counterparts ahead of the Oct 31 Brexit deadline. This remains a high risk strategy however as a vote of confidence leading to elections may be a possibility. Furthermore groups in Scotland may mount a legal challenge to a no-deal exit from the EU.

In Italy, stocks rallied after the formation of a new coalition government and in Germany the export centric DAX benefitted from a de-escalation of trade tensions between the US and China. Economic data remained subdued as exports fell more than imports and investment in construction declined markedly. The IFO business climate index fell to its lowest level since 2012 with underlying data showing the engineering, chemicals and electrical sectors remain under pressure. Apart from the likely monetary easing by the ECB on 12 September, a fiscal boost to the German economy is long overdue.