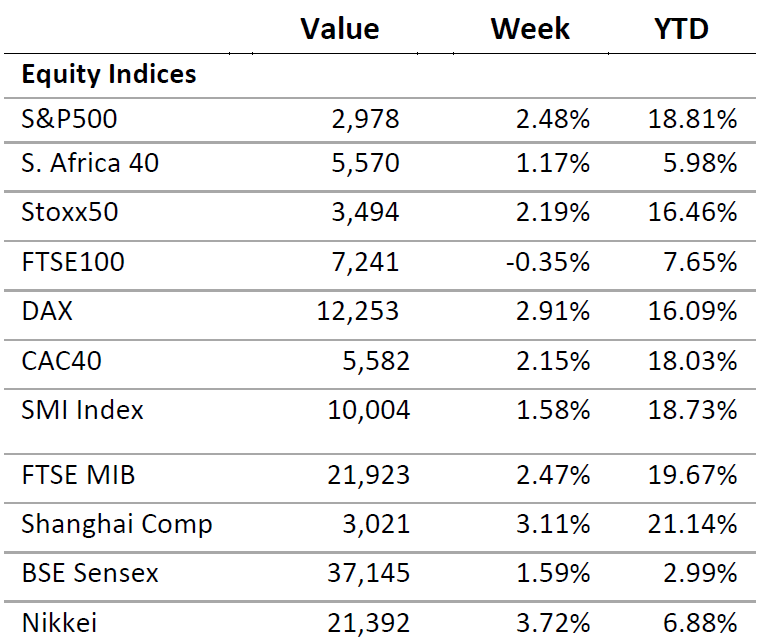 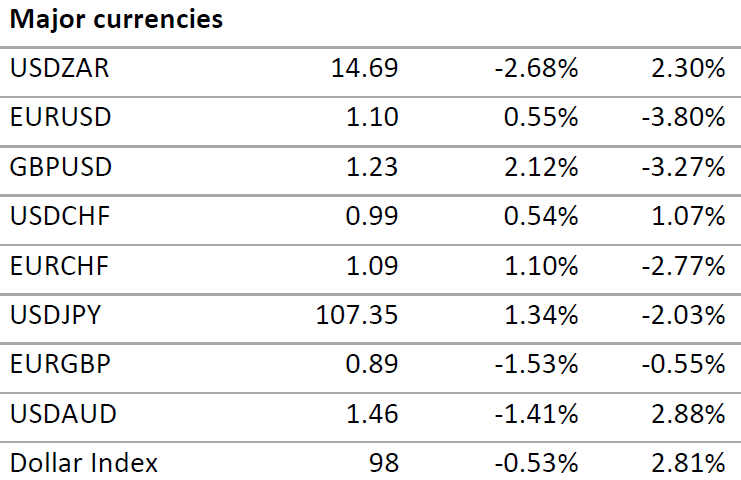 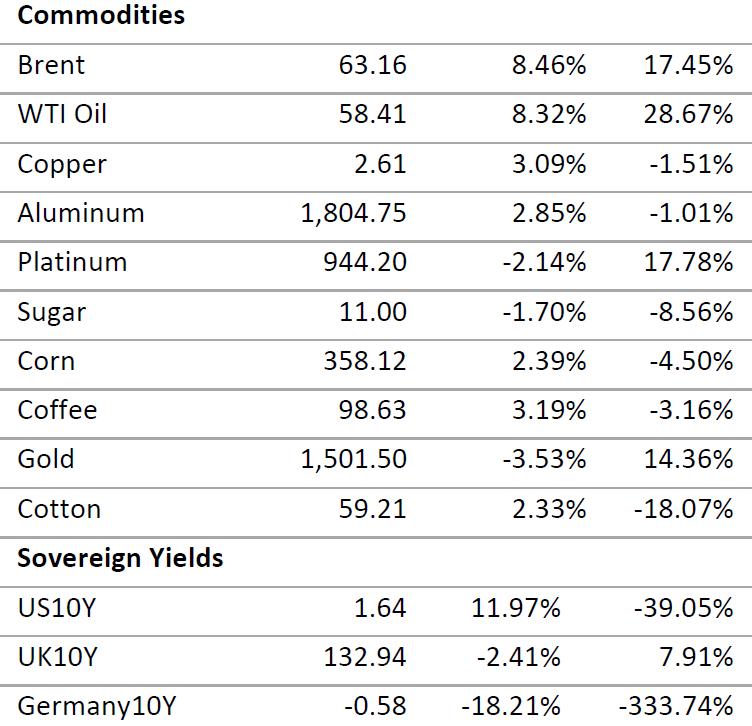 It was another solid week in a row for equity indices as trade tensions between the US and China eased. The S&P500 was led higher by the technology segment to end the week close to its all-time highs and the VIX index of volatility reached its lowest level since July (chart above). Federal Reserve Chair Powell said that since the second part of last year the economies of Germany, China and other European economies had been slowing as a result of trade tensions and this would weigh on the US economy. However he was optimistic that there was no recession on the cards and that the growth rate for this year would remain at around 2% and would be driven by consumer spending. He also mentioned that the FED would take steps to prolong the business cycle. Data on wage growth remained solid and the unemployment rate remains near multi-decade lows.

Industrial production and manufacturing orders for the German economy fell more than expected. There is high hope that a fresh round of stimulus to be announced by the ECB this week will provide some relief to the largest European economy.

In the UK, Prime Minister B. Johnson could not gather enough parliamentary support to take his country out of the EU by the end of October. The FTSE100 rallied on the news and the pound also gained against the dollar. A UK proposal to the EU to extend the exit deadline by 3 months to allow for fresh elections now appears a possible scenario.

China is implementing a stimulus package of its own by lowering the reserve requirement ratio (RRR) of banks to reduce borrowing costs for the first time since January.

The central bank estimates that this will free USD 126 billion into the economy. This move boosted investor sentiment and the Shanghai Composite index surged by over 3% to attain 21% in the year to date.