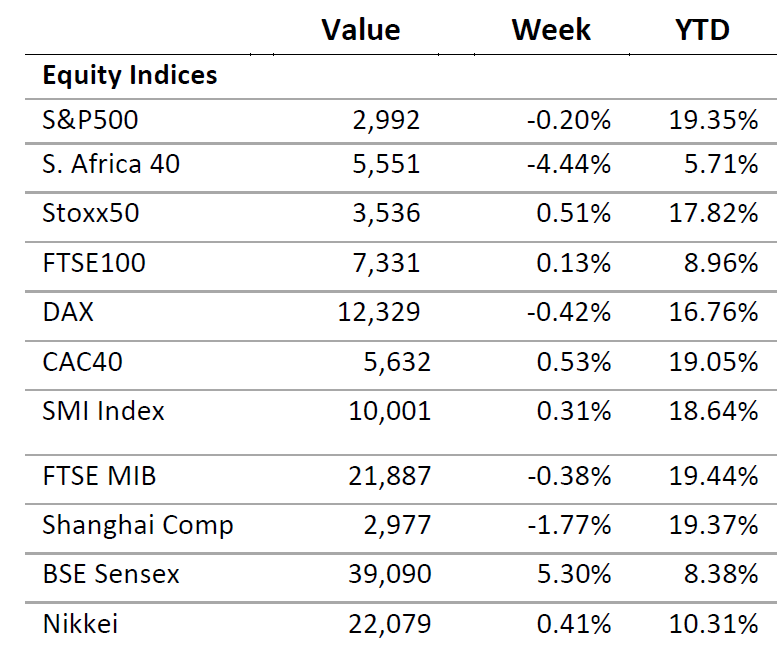 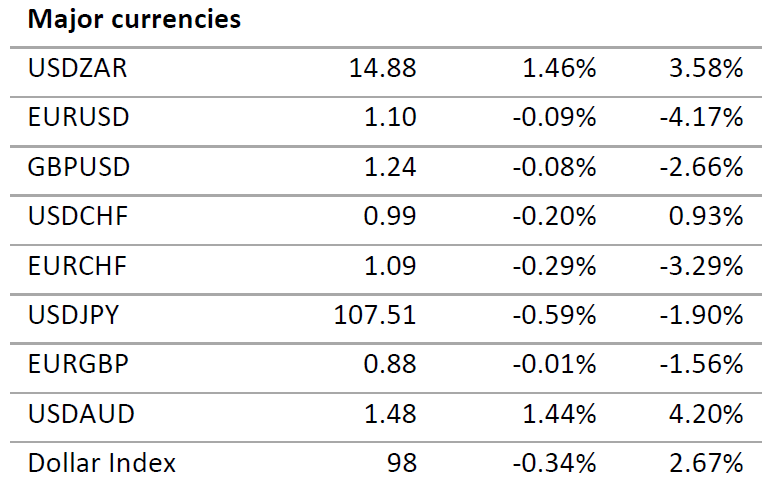 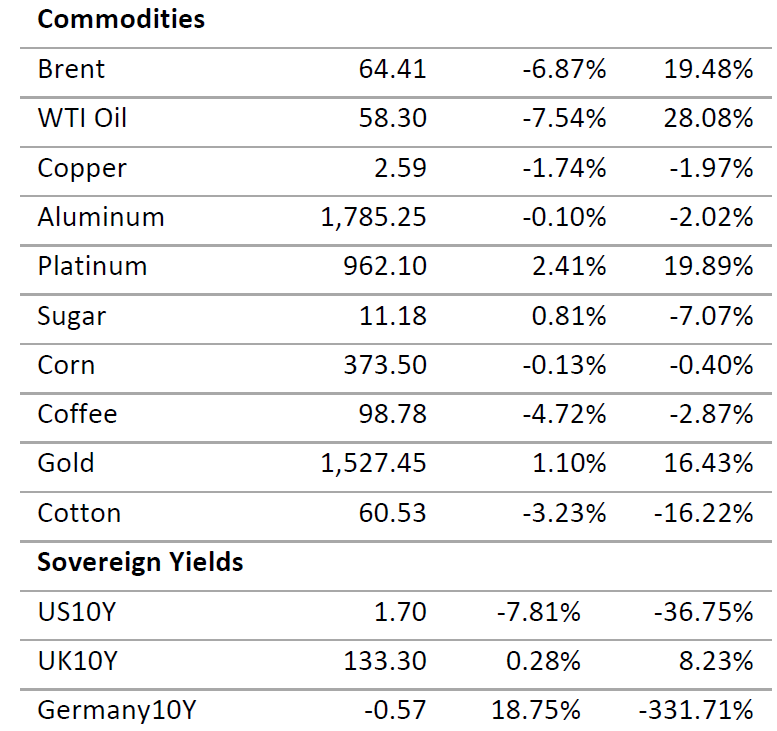 US equities ended the week modestly higher after a well telegraphed cut of 0.25% in interest rates by the Federal Reserve Bank. Large capitalization stocks outperformed value stocks which were affected by the oil price volatility following attacks on Saudi production facilities.

An estimated loss of 5% of global production led to a rise in West Texas Oil price by 13% (chart above). This was the largest one-day oil price gain since 2016 and a decline in the share price of airlines, trucking and railroad companies dragged the Dow Jones Transportation Average 3% lower. The broader market however held up well. The cut in interest rates by the FED had little impact on the markets especially after Chair Powell stuck to his script during the ensuing press conference. However it was noteworthy that 3 members of the rate setting committee dissented from the decision: 2 dissenters favoured no policy change and 1 favoured a higher cut of 0.50% to the Fed Funds rate.

Indices in Europe were largely range-bound after mixed survey sentiment in Germany and positive news on Brexit. The German ZEW survey of financial market experts showed improved sentiment in September.

However the mood about current economic conditions is at its lowest in 9 years and the outlook remains negative on account of trade disputes and the uncertainty surrounding Brexit.

The pound was buoyed by comments from European Commission President Junker who seemed to open the door to a deal after saying the EU was ready to scrap the Irish backstop if the UK proposes an alternative.

The political situation in the UK is unclear though as Prime Minister Johnson seems to have lost his majority in parliament and the Labour party’s objective may not be to leave the EU.

A Definitive Sector Rotation Is Not Apparent Yet