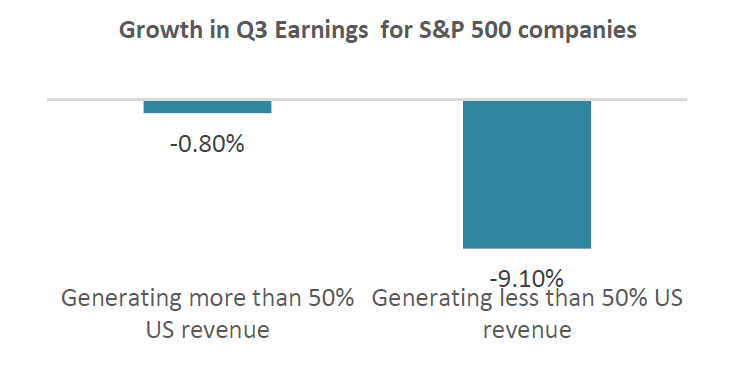 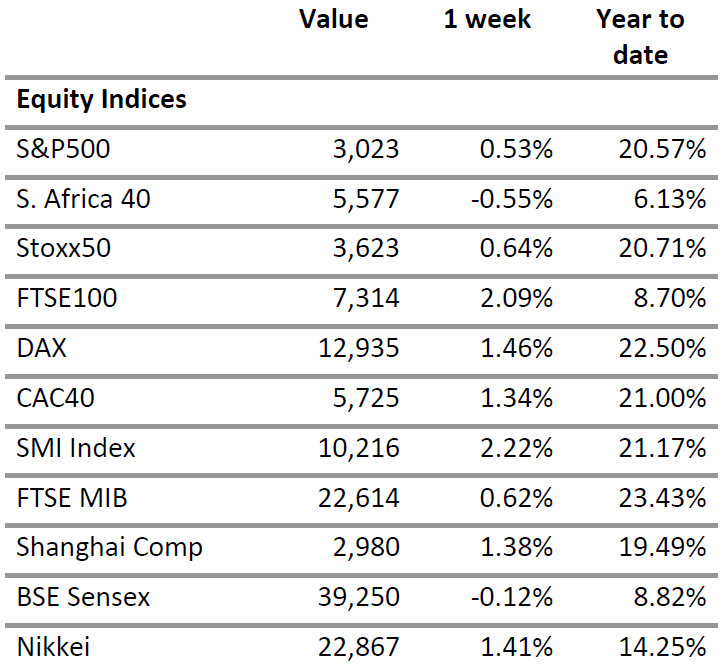 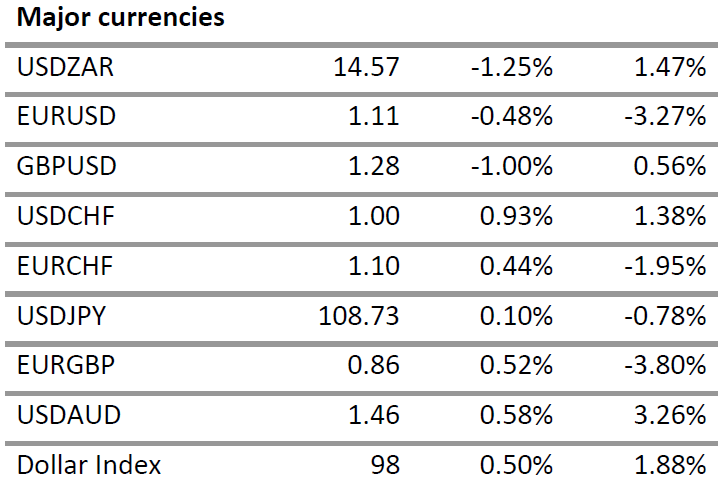 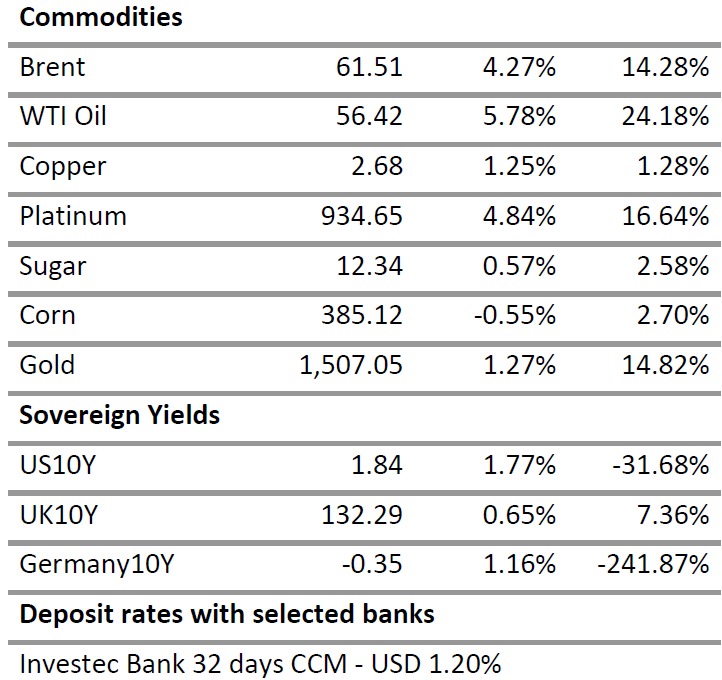 Investor sentiment remained bullish after earning reports by 40% of companies comprising the S&P500 index. The latter remained close to its all-time highs after a good performance by growth segments including commodities, industrials and technology.

Shares of Caterpillar and Boeing rose but at the same time the yield on 10 year treasuries remained above 1.80%. While the blended earnings decline for the quarter is 3.7%, it was not a surprise that companies generating over 50% of their revenue from the US had stagnant earnings growth (-0.8%).

On the opposite companies generating over 50% of the revenues outside of the US registered a decline in their growth rate of 9%. Part of this is due to the rise of the dollar index during the period and the ongoing growth differential between economies. Clearly the US remains the place favoured by investors for the time being.

On Wednesday, the US FED should lower interest rates by another 0.25% but rising commodity prices will restrain its ability to provide definitive comments on the scale of future cuts.

The preliminary GDP growth report for Q3 is due to be released on the same day and should confirm soft investment data even if consumer spending should compensate to some extent.

In the Euro Area, PMI data points to a stagnant quarter 3 growth in GDP but there is hope that the services sector has held up well. Low inflation remains an issue with the headline number close to 0.7% following a decline in base effect of commodity prices and the core data is also stagnant at 1%.

In China, the Caixin PMI data due on Friday should confirm the recent trend of positive growth which is critical for a rebound in global industrial growth.

A More Aggressive ECB Could Spark A Synchronized Global Recovery​​​​​​​