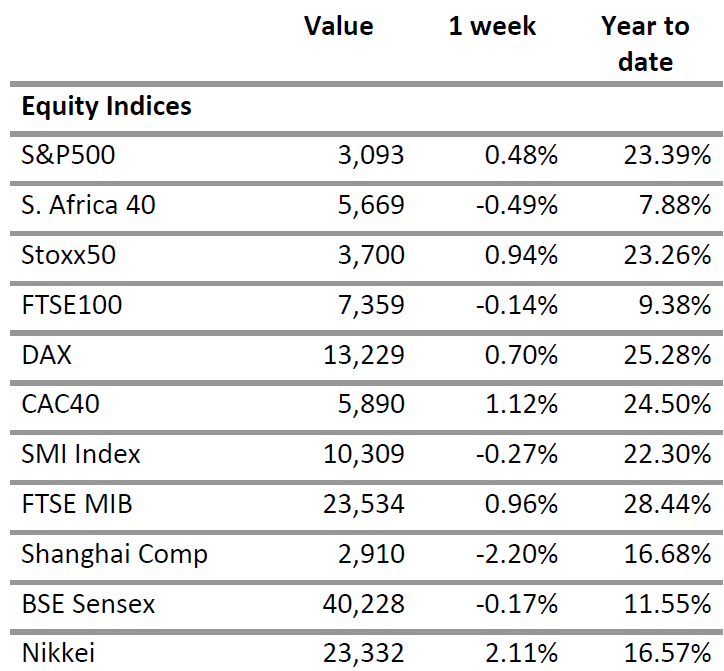 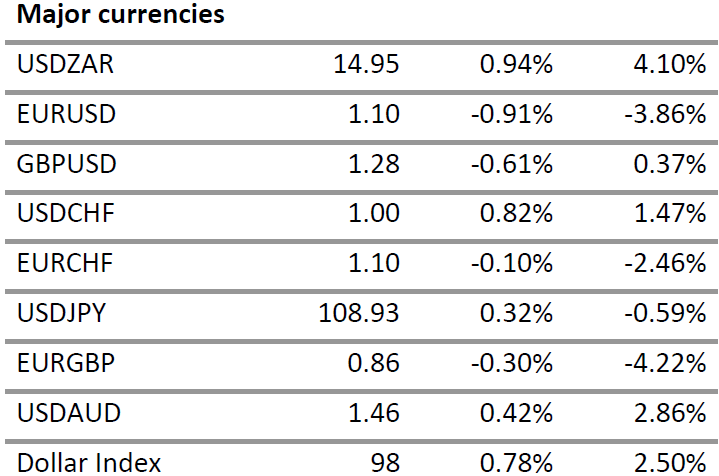 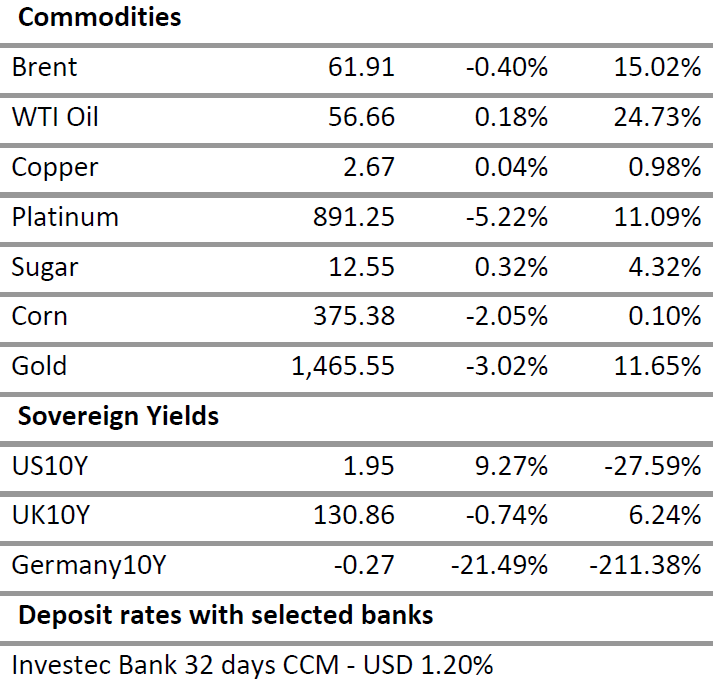 Positive news on corporate earnings and an increasing probability of a trade deal between the US and China boosted investor sentiment and drove the S&P500 to record highs last week.

Stock return dispersion was however elevated suggesting that individual company fundamentals accounted for the upward moves. The yield on the 10 year treasury rose to its highest level since July and the spread with corporate bonds fell suggesting that the fears of a recession had receded.

The University of Michigan gauge of consumer sentiment for November rose as did the services sector activity of the ISM for October.

The German DAX and CAC40 in France also rose after solid corporate earnings. However the International Monetary Fund downgraded the Eurozone’s growth forecast for this year to 1.2% from 1.3% estimated in April. This follows a growth of 2% last year and the revisions has been attributed largely to a slowdown in Germany and stagnation in Italy.

Core CPI data for the US will be released this Wednesday. The figures remained strong over the past couple of months but it is unlikely to lead to a trend as inflation expectations are low. Investors will also scrutinize retail sales data which is due on Friday to see if the series can maintain its impressive trend growth especially as industrial production remains weak. Analysts are expecting a growth of 0.4% month/month. (chart above)

On Wednesday, President Trump will announce whether he will impose additional tariffs on cars imported from the EU. The tariffs could be the last nail in the coffin for the already weak manufacturing PMI but Commerce Secretary W. Ross has indicated that talks of relocation with car producers have been positive and tariffs may be off the table.

US Growth Stocks Continue To Outperform Their Value Counterparts​​​​​​​