Global Rating Agencies and South Africa: Everything You Need To Know

I opened the newspaper this morning and was once again confronted with a headline similar to the many I’ve seen in the past two-odd years:  “SA’s junk spiral may deepen as S&P likely to cut outlook”[1].

As I munched on my muesli and read the article, it occurred to me what a profound influence the ratings of these global giants has on a country like ours and that in my conversations with people working outside the financial sector, many people are unaware of exactly what these ratings mean,  and what effect they have on the economy. Thus, I thought it may be helpful to outline the basics of ratings, the ratings agencies themselves, and the consequences which such ratings have on an economy, and specifically the South African economy.  To start, let us look at the three major ratings agencies (also known as “The Big 3”) which influence South Africa most.

Synonymous with the financial industry in so many ways, S&P has become somewhat of the standard (no pun intended) in the measurement of a multitude of factors across the globe. Started in 1860 by Henry Varnum Poor, he published “The History of Railroads and Canals in the United States” that year which has gone on to become the forerunner in statistical analysis which has been developed in the almost 160 years since publication. In 1906 Standard Statistics was formed and published municipal and corporate bond ratings, as well as ratings on sovereign debt [2]. In 1941 Standard Statistics merged with Poors Publishing to form the now-known Standard and Poor’s Corporation. S&P is most well known for the index’s which are used to derive current value for some of the stock markets around the world, most notably the S&P 500 index which measures the top 500 companies in the United States.

The Fitch Publishing Company was founded in 1913 by one John Knowles Fitch and detailed investment data in the industry through the "The Fitch Stock and Bond Manual" and "The Fitch Bond Book."Fitch’s greatest contribution to the rating’s industry came in 1924 when they developed the AAA – D rating system which is an industry norm today.

“The Moody’s Manual” was first published in 1900 by John Moody and Company and published the basic statistics of stocks and bonds which pertained to various industries. In 1909 Mr Moody published “Moody’s Analyses of Railroad Investments” which enhanced the offering with further data on the value of securities. Fast forward to the 1970’s and Moody’s began rating commercial paper and bank deposits, so completing the cycle to become the full-scale agency which we know it as today.

What do ratings actually mean?

The first thing to note is that the agencies will always give a rating and an outlook when publishing ratings. The outlook can be one of “negative”, “stable”, or “positive” and may be accompanied by the word “watch” which means that the outlook is likely to be amended in the near future. Below in table 1[3] are the ratings and what they mean. The red line denotes the boundary between Investment Grade and Speculative Grade (sometimes known as “junk status”), and the highlighted cells are the ratings which South Africa currently holds from each of the Big 3.

The rating itself very basically represents the ability of the country (or whatever is being rated) to honour it’s debt obligations. It conveys the risks of investing in the institutional instrument or country. The difference between the top tiers of these ratings and the bottom tiers is defined by the demonstration of meeting debt obligations coupled with the level of vulnerability to changing economic conditions.

Table 2[4] below show’s the history of the ratings which South Africa has received over the life of our ratings as a nation. Due to the political climate, South Africa only received it’s first ratings after the 1994 elections – the first free and fair elections held in the Republic. Before this, there were significant limitations in investment due to sanctions which were imposed from most of the world at large.

There are numerous factors which influence ratings for a nation. Constantin Mellio​​​​​​​s and Eric Paget-Blanc ​​​​​​​published a study in 2006 drilling down into the nitty-gritty of exactly what constitutes the complex calculations which these rating agencies undertake. At its core “…sovereign ratings are mostly influenced by per capita income, government income, real exchange rate changes, inflation rate and default history.”[5] There is a further emphasis on the importance of corruption (sound familiar?) which is measured by Transparency International's Corruption Perceptions Index and which informs the levels of economic development and the quality of governance for any specific country.

In South Africa during the previous administration's tenure, one can clearly see in table 2 that the outlook began to change (and continued to do so) from around the end of 2008 (which was also the beginning of the effects of the financial crisis being felt) until the present. Whether or not that administration was corrupt doesn’t actually matter – the mere fact that it was so perceived was enough for such damage to be done. At present, the biggest challenge to our rating(s) is undoubtedly the massively detrimental contributions of our State-Owned Enterprises (SOE’s), with the likes of Eskom (the country’s energy provider), SAA (the country’s embattled airline) and SABC (South African Broadcasting Corporation) being the biggest drain on the fiscus. When our government spends money bailing these entities out (normally due to mismanagement and in some cases fraud and/or gross negligence) it deprives the economy of that money being deployed to things like infrastructure growth, job creation, and education - which are all factors which enhance a country’s desirability as an investment destination. Furthermore, the country’s biggest corporates are sitting on massive piles of cash (I last read a figure of about R1.4 Trillion in 2017[6]) because they are too afraid to invest in growth given the economic and political uncertainty in South Africa.

At the end of the day, a rating is just an opinion. In the case of these sovereign ratings it is a very well researched and highly qualified opinion, but nonetheless it is still an opinion. South Africa has some way to go to begin reversing the damage of the last decade. But it isn’t all doom and gloom. Foreign Direct Investment into South Africa in 2018 ran in at around $7.1 Billion[7] (about R104 Billion) up over 400% from the previous year. The current administration has prioritised foreign investment, overhauling of the guilty SOE’s and have outlined a solid plan to begin the treacherous journey back to investment-grade ratings.

Time will tell of course. But there is every reason to feel hopeful that our country can indeed begin to start this turnaround. One thing we as a nation are able to do is to pull together when we really need it. Let’s hope the inspiration of the recent Rugby World Cup can filter through, and the national pride can be restored once more. As Siya Kolisa, the SA Rugby Captain said: “We can achieve anything if we work together”.

[2] Sovereign Debt: “The amount of money that a country's government has borrowed, typically issued as bonds denominated in a reserve currency.” Oxford Dictionary 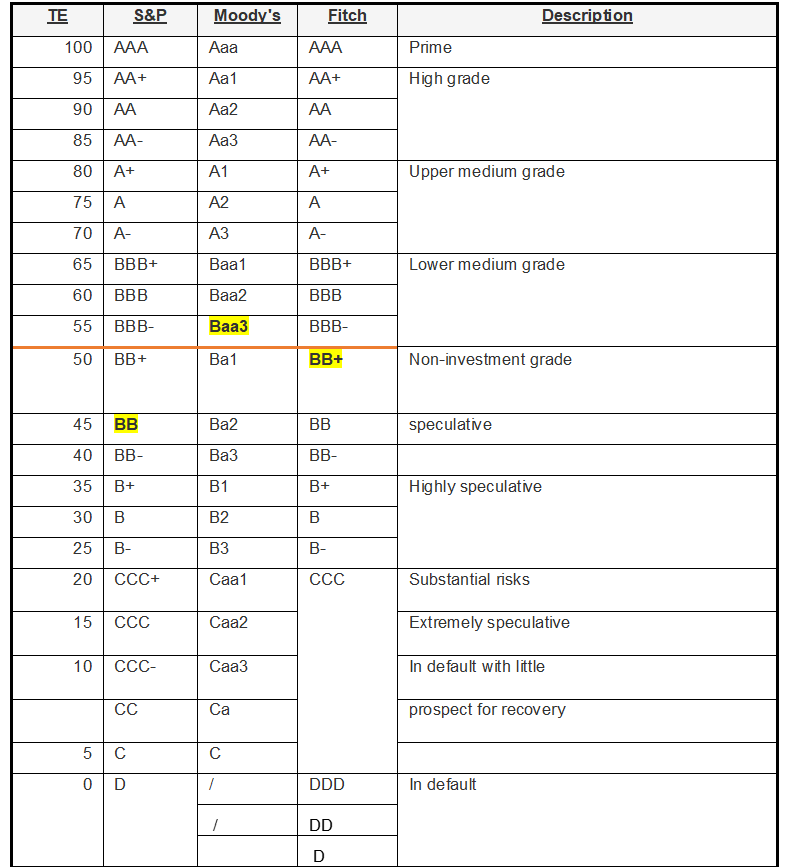 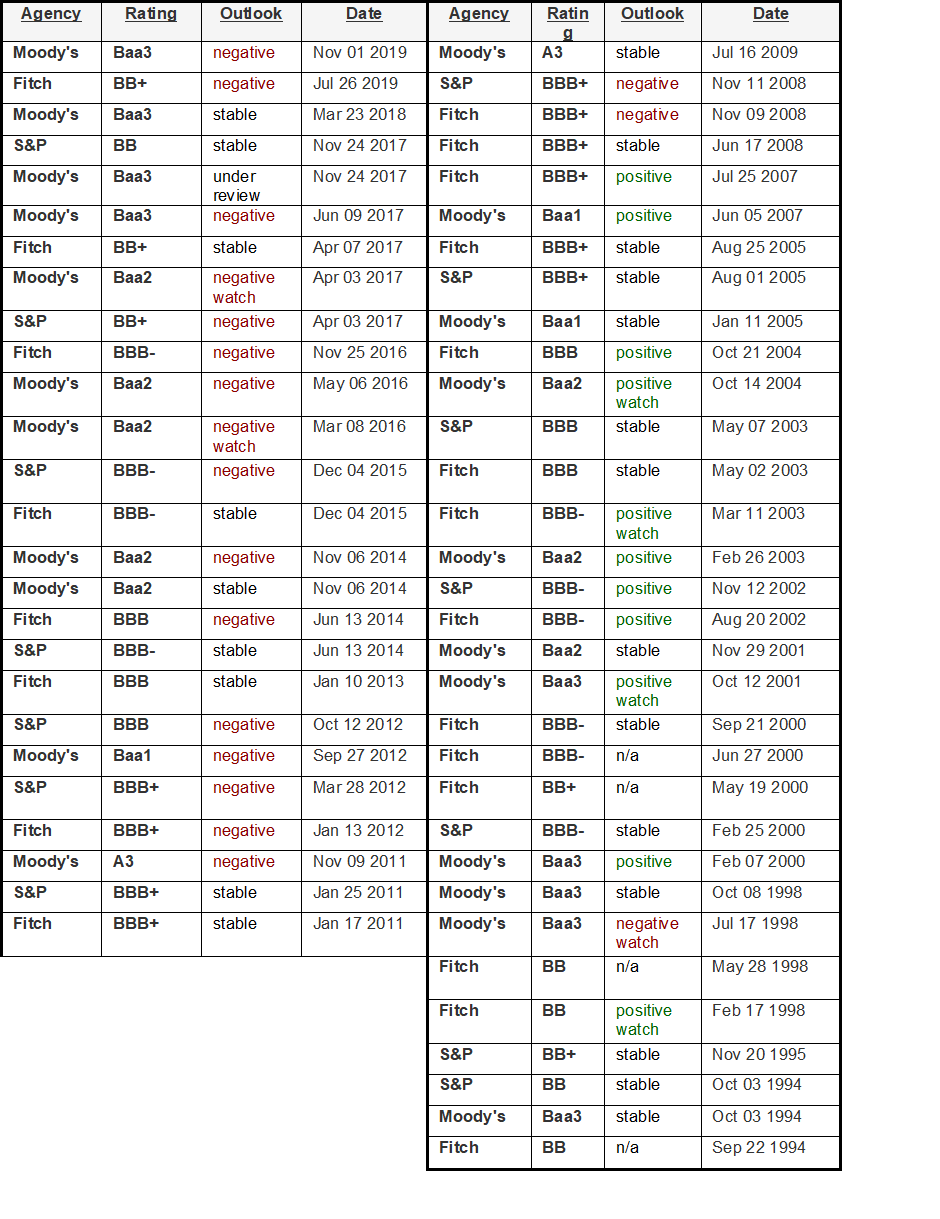 The US and China Drives Global Growth