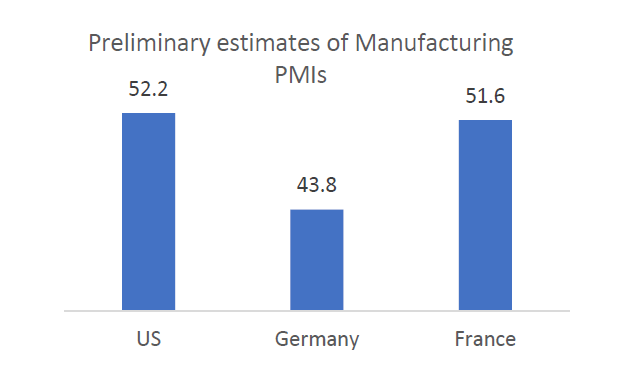 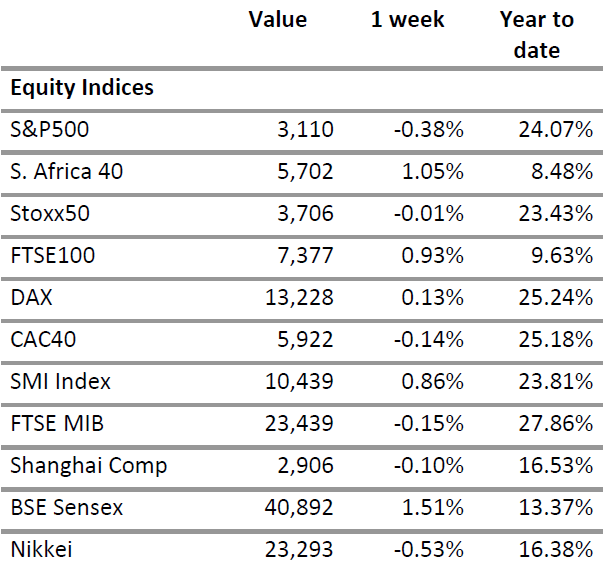 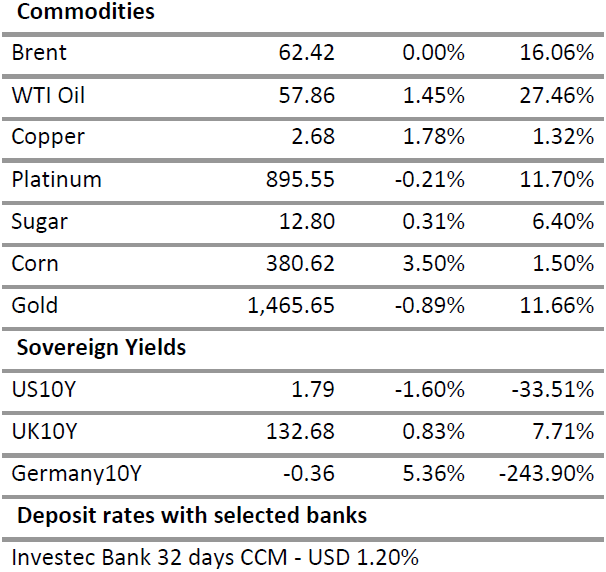 Major indices were range-bound over the past week and ended modestly lower. At the S&P500 sector level, healthcare, energy and financials were positive with the former two gaining some 1%.

Energy stocks benefitted from a smaller than expected increase in crude supplies but consumer discretionary stocks lagged after soft results from Macy’s, Kohl’s and Home Depot amongst others.

Sentiment was less bullish as Reuters reported on Wednesday that a ‘phase 1’ trade deal between the US and China would unlikely be finalised before the year end as both sides had made additional demands. This led to a decline in long term treasury yields.

There was better news on the manufacturing front in Europe as preliminary estimates of the IHS Markit Manufacturing PMIs showed sequential improvement in Germany even if it remained below the 50 level indicative of a contraction.

In France, the figure improved further from its expansionary territory of 50.7 to 52.9. There was an improvement in the US also (see chart above). This may be an indication that even if the global economy is still recovering from a slowdown since last past year, industrial production may have turned a corner. Data on capex orders and shipment are due on Wednesday in the US and should provide confirmation of this.

Monthly real private consumption growth data is also due on Wednesday and should reflect the strong trend seen in retail sales for October.

Euro Area inflation data will be released on Friday and the headline number should increase marginally as the drag from energy prices fades. The core number should also hover around 1% on account of sluggish growth. This leaves room for the ECB to explore further policy easing measures during the next quarters.

US Growth Stocks Continue To Outperform Their Value Counterparts

Global Ratings Agencies and South Africa:  Everything You Need To Know