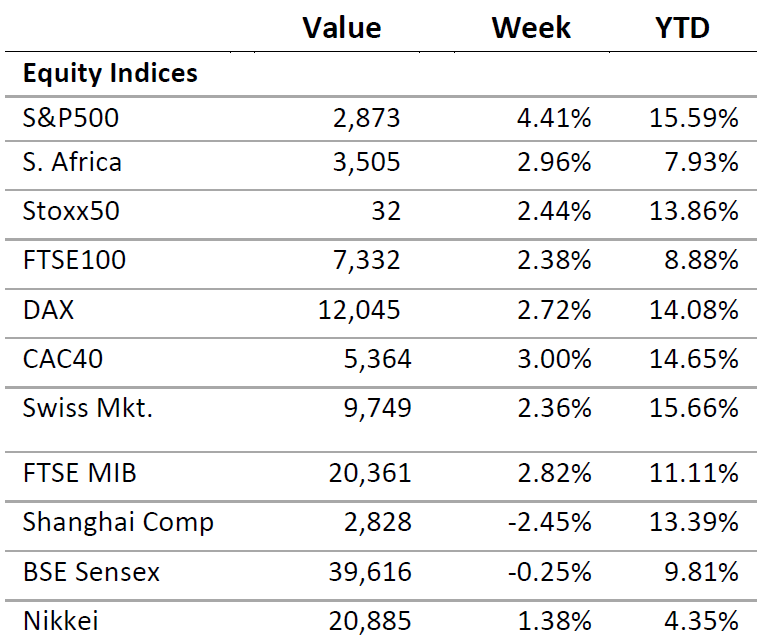 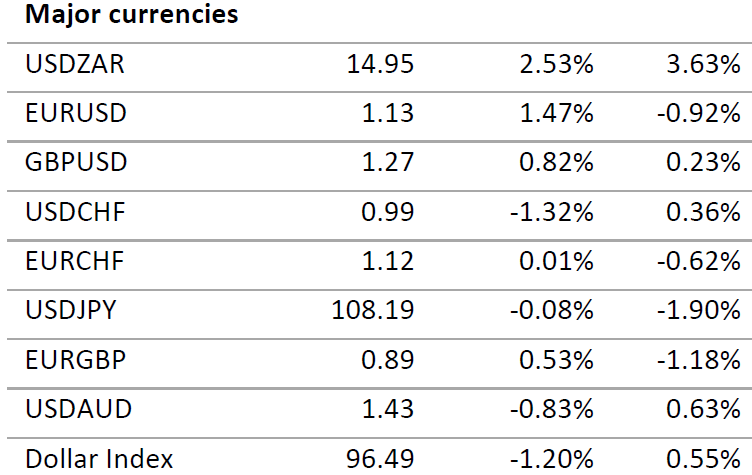 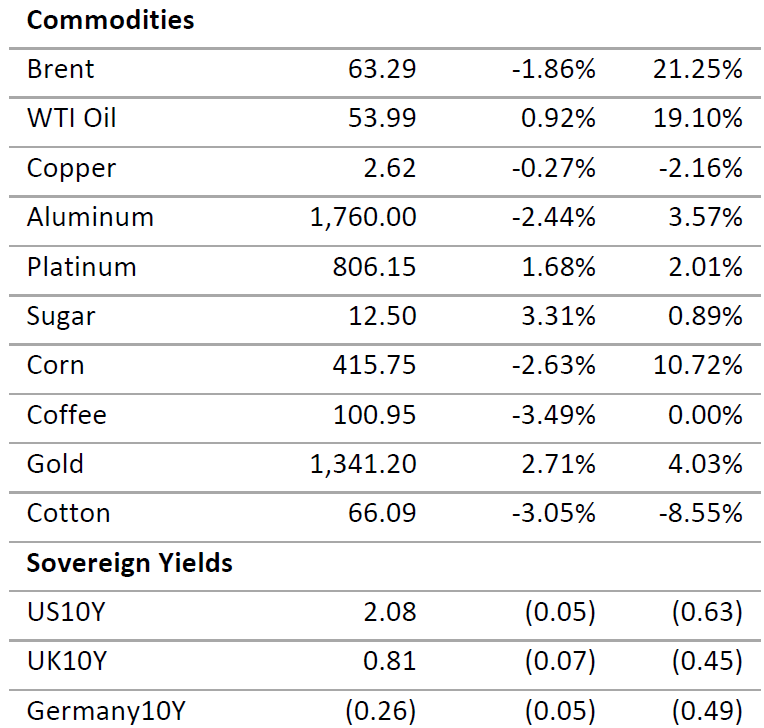 Major indices rebounded strongly last week after US Federal Reserve Chair Powell pledged during a central bank conference on Tuesday that policymakers were monitoring the impact of trade tensions on the economy and would ‘act to sustain the economic expansion’.

On Friday, President Trump who returned from his European trip walked back the proposed sanctions on Mexico and the S&P500 settled above its critical 200 day moving average level. A number of stocks which had suffered technical damage the week before regained their levels but some counters like Alphabet, Apple or Facebook did not rebound as much as Microsoft and remain in a buying range. The spread on the 10 year minus 2 year US treasuries widened by 2 basis points (bps) to a healthy 23 bps and shows that a recession is not on the cards.

Economic data is, however, slowing sequentially particularly in Europe and represents a short-term headwind. The Bundesbank cut its outlook for German GDP growth this year to a lacklustre 0.6%. Furthermore rising tension between the EU and Italy over budget deficit targets have escalated and could lead to an excessive deficit procedure which would widen sovereign yield spreads. Following in the footsteps of Chair Powell, ECB President Draghi suggested that the central bank had the tools to intervene if the slowdown persists. In the UK, Prime Minister May left the task of resolving the Brexit standoff to a new conservative leader who should be appointed in July.

Meanwhile the World Bank revised its global GDP growth projections (see chart above) citing lower business confidence and trade worries and the need for structural reforms. The report follows the same pattern of other institutions which indicated the global economy is growing but at a slower pace.