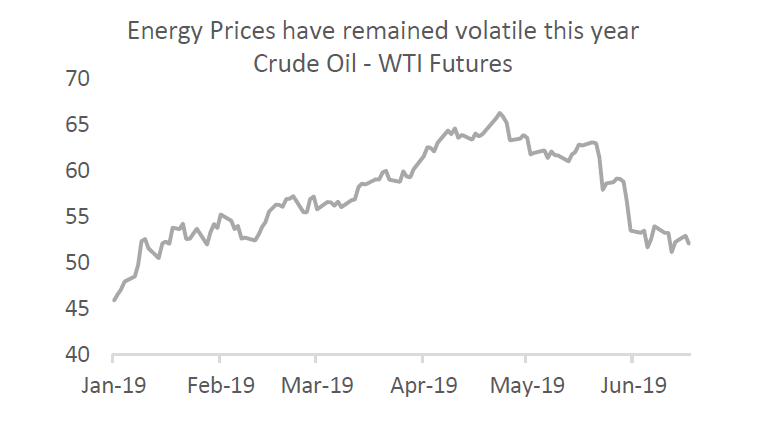 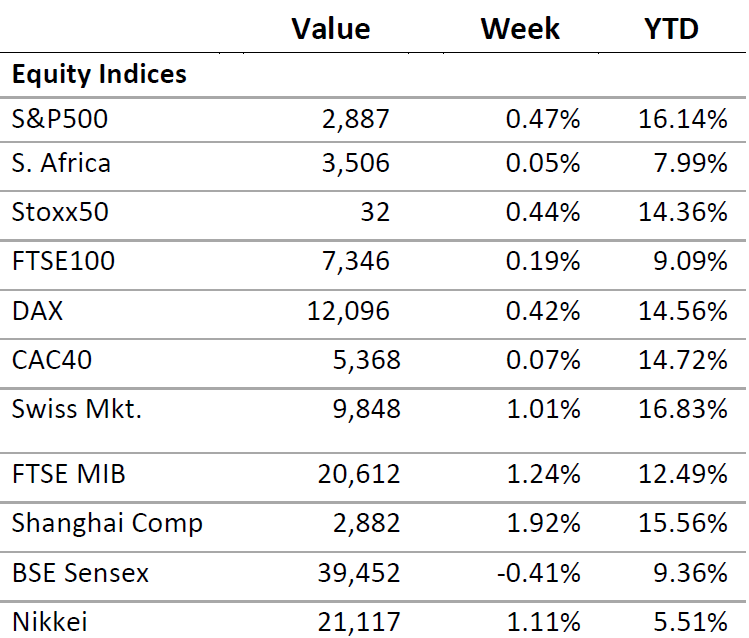 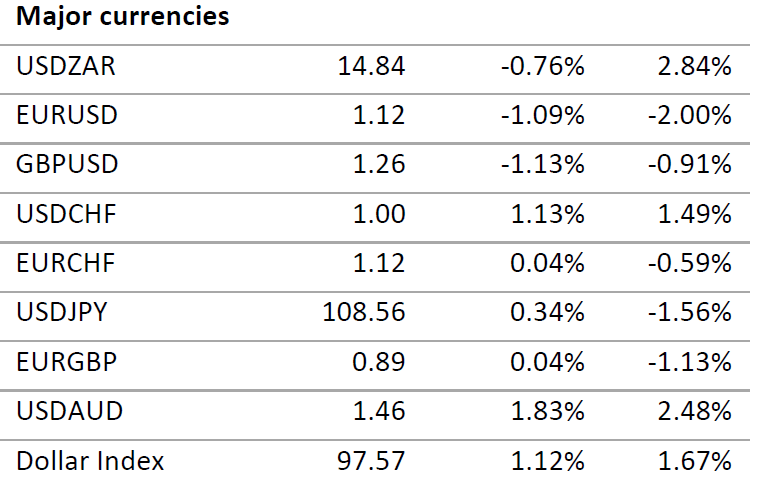 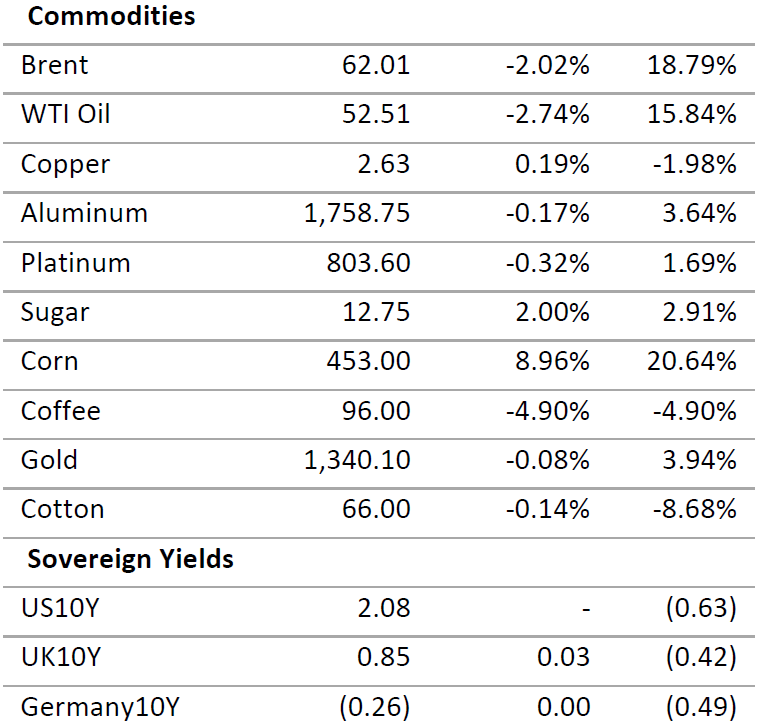 Major developed market equity indices started the week
strongly but lost momentum and ended only slightly higher.
The Russell 2000 index of small capitalization shares edged
the S&P500 and Dow indices higher. The announced
acquisition of data analytics firm Tableau by Salesforce.com
for over USD 15 billion boosted the technology sector but
the energy sector was affected by a larger than expected
increase in US crude oil inventories followed by news of
tanker attacks in the Gulf of Oman thereby increasing price
volatility (chart above). The attacks lowered US treasury
yields which were already dipping on account of soft
inflation data, trade tensions and a general risk off
sentiment.

The European Union reached an agreement to buy 80% of
their beef imports from the US for 7 years after successfully
persuading Australia and Argentina to relinquish part of
their quota. It is hoped that the settlement of this decade
long dispute will avert any further trade tariffs escalation
between the economic blocs and relieve pressure off the
German car industry. In the UK however, car production
declined the most on record in April and further
deterioration is predicted by the Society of Motor
Manufacturers and Traders. Former Foreign Secretary B.
Johnson is on course to become the next Prime Minister
after finishing well ahead of his rivals in the first round of
voting by the Conservative party.

The Shanghai Composite index finished nearly 2% higher on
fresh stimulus hopes after closing at a four month low the
week before. Industrial production in May rose by only 5%,
its weakest pace since 2002 and fixed assets investments
was also below expectations. Retail sales for May were
however surprisingly strong at 8.6% y/y compared to
expectations of 8.1%. The G20 meeting in a fortnight will
shed light on whether trade tensions will subside and global
monetary policy responses will be better coordinated.