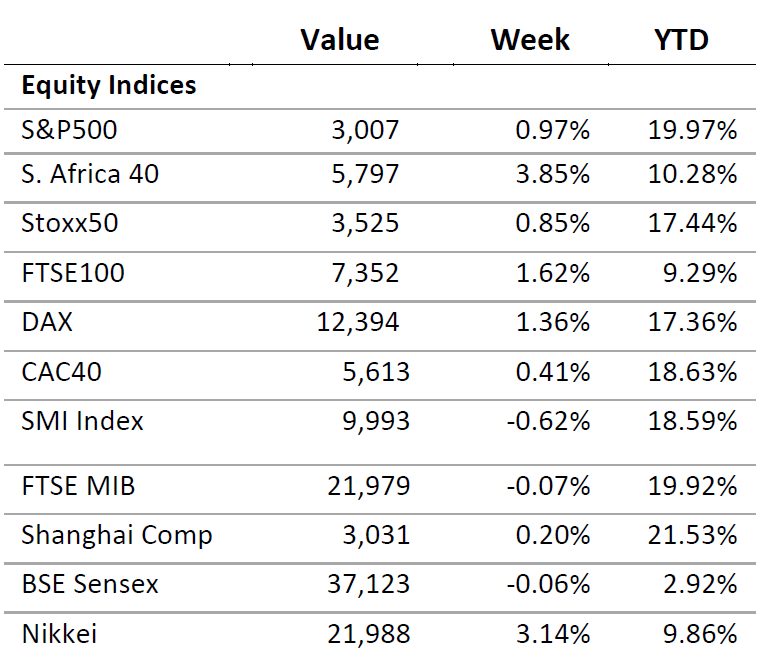 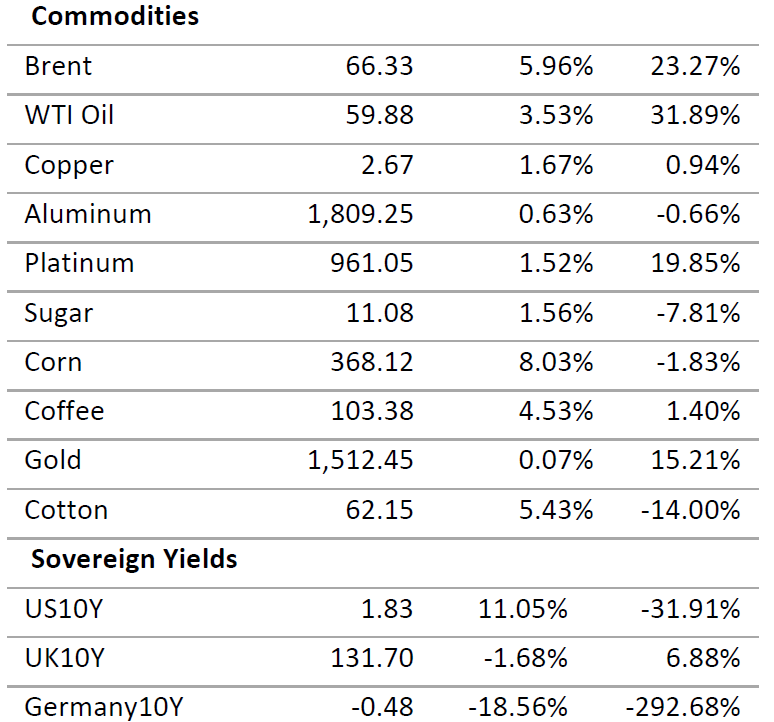 The S&P500 closed higher for the third week in a row after further easing of trade tensions between the US and China, supportive economic data and looser monetary policy in Europe and China.

While the S&P500 rose by 1%, there seems to have been a change in sector leadership as the Russell 2000, an index of small capitalization stocks which has lagged in the year to date closed higher by 5%. It is unclear yet whether this will be followed by a sector rotation by investors in the coming weeks. Retail sales data for August increased by 0.4% (more than estimated) and was boosted by auto sales. Consumer confidence as measured by the University of Michigan rebounded in September calming fears of a trend change after the drop in August. On the inflation front, core CPI rose by 2.4% y/y which is its highest level since a year.

As advocated in this column a few weeks back, the spread inversion between the 10 year and 2 year US treasury yields seems transitory (chart above). The spread went positive again after a jump in the long end of the curve during the past week. Again this seems to have been due to financial factors rather than economic factors as investors responded to the stimulus announced by the ECB. The latter cut its deposit rates by 0.10% and announced another round of large scale asset purchases without a pre-determined amount and duration but which would be linked to economic factors. A sustained rebound in equity indices in Europe and financial conditions in the US will depend on whether the ECB can increase its monthly purchase size if economic data remain soft.

Economic forecasts are not bullish as Germany’s IFO institute cut its growth forecast for this year to 0.5% and lowered next year’s figure to 1.2%.

In the UK, the pound rose to its highest level against the greenback after parliament voted a law which requires the government to seek an extension of the Brexit deadline beyond the end of October if a deal is not reached by then.