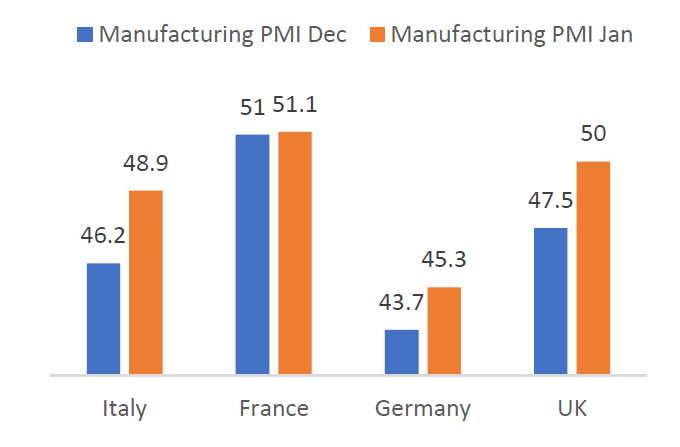 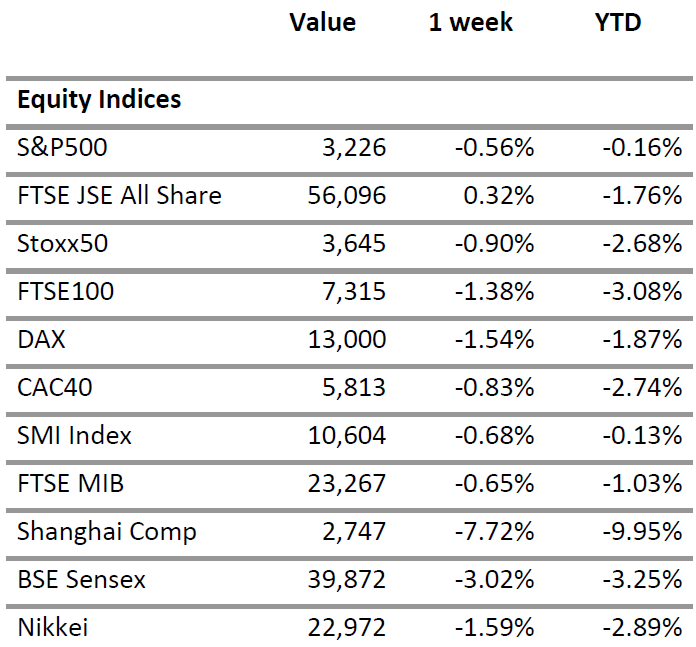 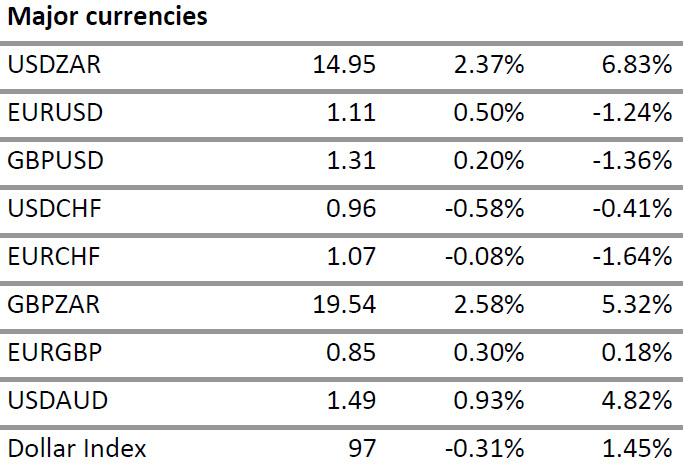 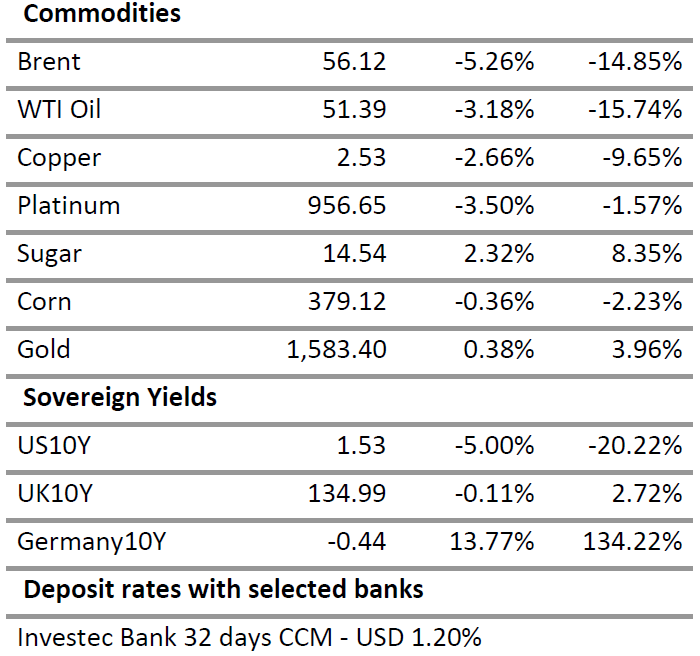 Major indices retraced last week. The S&P500 lost half a percent and the DAX and CAC40 lost over a percent. Although economic data releases remained positive and corporations reported strong earnings, investors continued to worry about the effects of the corona virus outbreak. Over seventeen thousand people have been infected by the virus in China and there are 360 casualties. The World Health Organisation has declared the virus a global health emergency and businesses in China and more generally South East Asia have been hit. Many experts estimate that the outbreak will reach its peak by mid-February and decrease thereafter. Meanwhile OPEC could reduce their daily oil production by 500,000 barrels per day after a drop in demand over reduced airline travel and economic activity in general.

On the economy, the Commerce Dept. reported that GDP growth for the fourth quarter was in line with expectations of 2.1%.

In the Eurozone, GDP growth was a modest 1% over the year due in large part to the public sector strikes in France. But the German economy ministry raised its growth outlook to 1.1% for 2020 citing an improved trade outlook and strong domestic demand. Government investment spending will also increase by a third compared to the previous parliament.

The recent signs of rebound seen in the Eurozone continued this morning with Germany, France and Italy registering sequentially improving manufacturing PMI figures. (chart above)