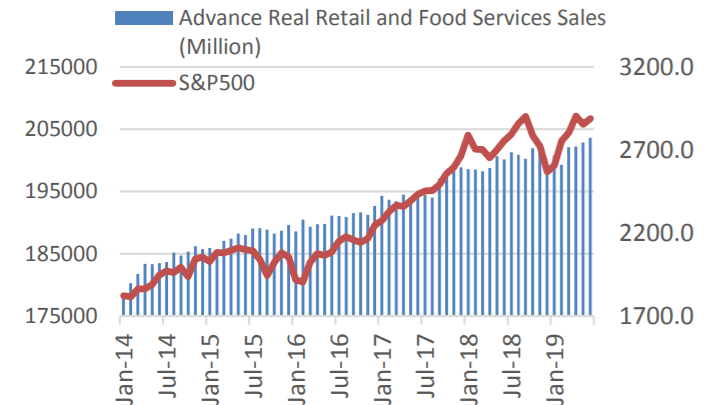 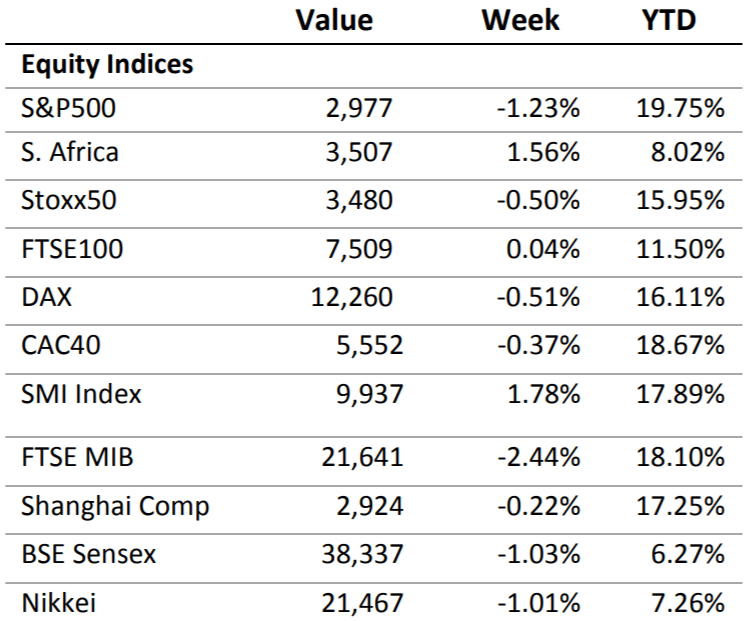 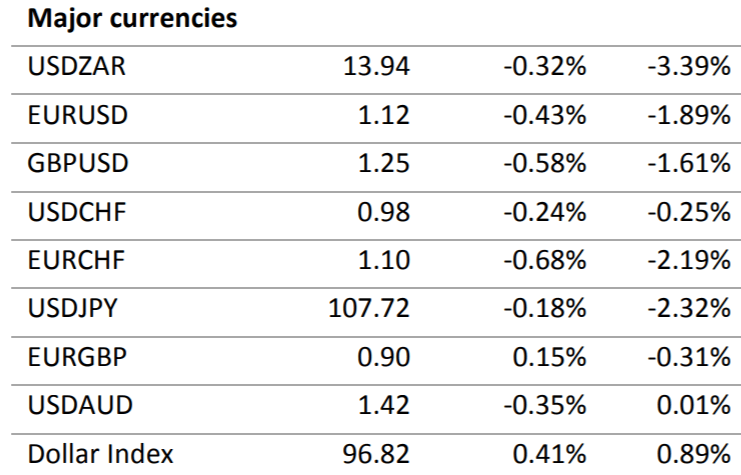 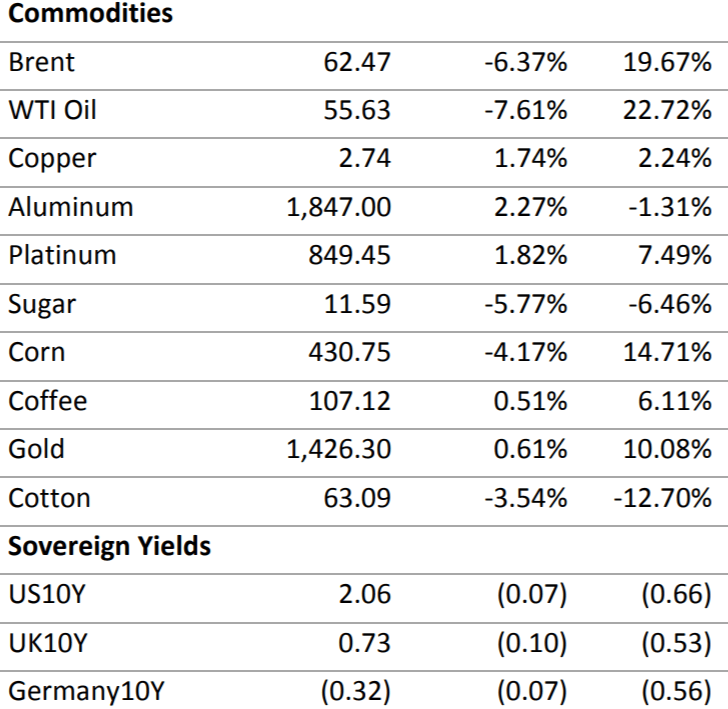 Most major indices in the US and Europe retraced during the past week. The material and staples sectors within the S&P500 were flat but communication services dropped by over 3% after Netflix reported a decline in subscriptions in the US and lower growth internationally. According to Thomson Reuters, earnings for this quarter are forecast to increase by 1% year over year and revenue by 3.4%; if this materializes, it would be a significant achievement considering it would still be an improvement on the stellar results of last year.

In Europe, Italy’s FTSE MIB fell by 2.44% and the yield on the 10 year bond rose to above 1.6% after the Far-right league party threatened to withdraw its support to the coalition government after delays in the implementation of infrastructure projects and frustrations over the lack of commitment to hand over greater autonomy to the regions. The party was also under the spot light following reports it sought illegal funding from Russia for his recent successful European campaign. In the UK, the pound was volatile after parliament voted to block Boris Johnson, Prime Minister in waiting, from suspending parliament to make sure Britain leaves the EU on October 31.

The macroeconomic data in the US remains strong with average employment gains of 192,000 over the past 2 months, cyclical highs in the employment cost index, cyclical highs in real personal consumption and moderate inflation. Soft data is apparent in the housing sector as measured by building permits, housing starts and new home sales. Globally the decrease in export growth in Japan, China and Singapore and soft German manufacturing data is sufficient justification for policy easing by major central banks. The current scenario is not indicative of a recession in the near term and points to continued but slower growth.

The chart above of Retail sales shows that aggregate demand is supporting higher equity prices.​​​​​​​

US Interest Rates Set For Cut After 10 Years