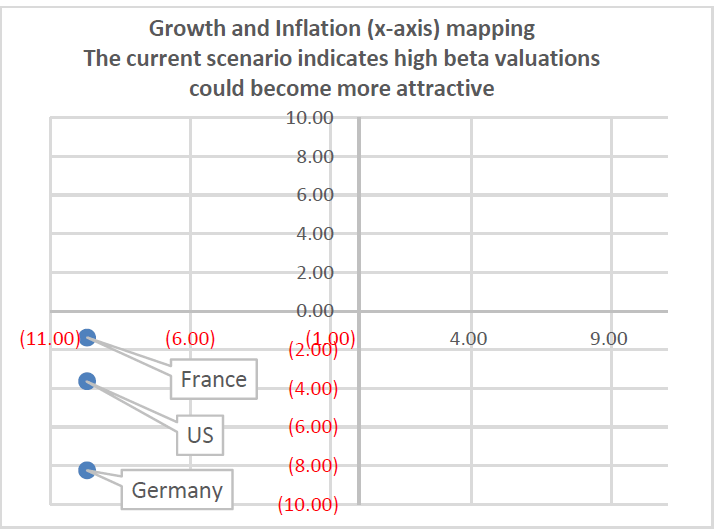 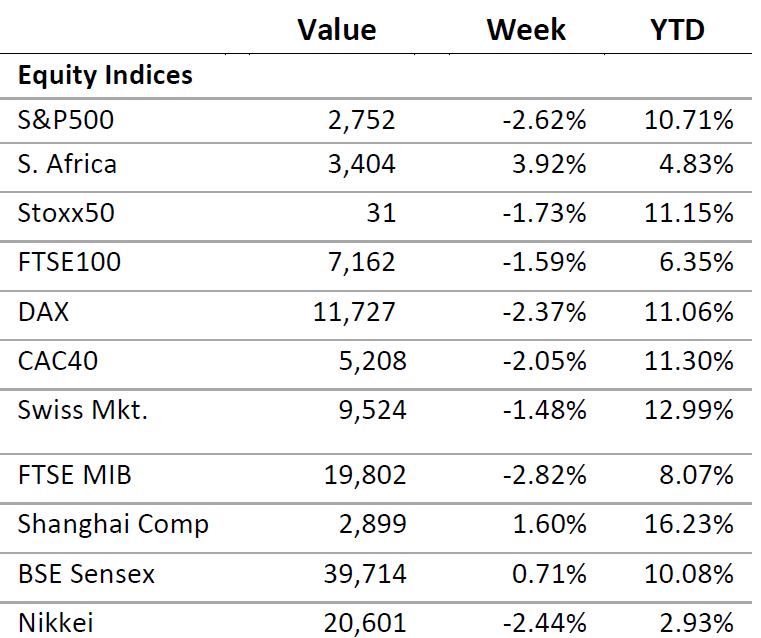 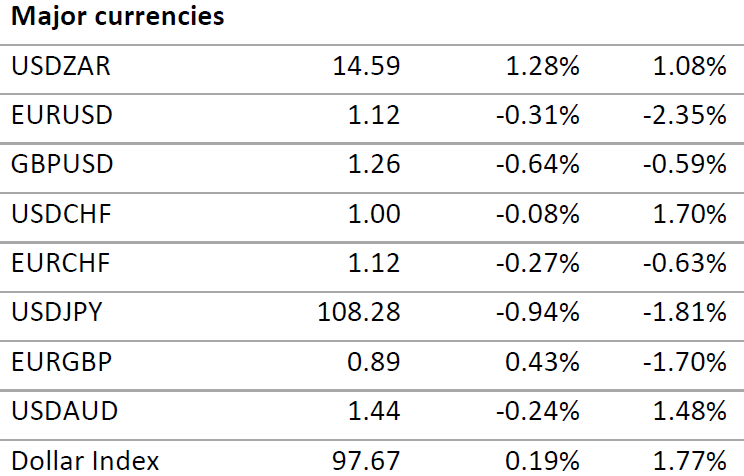 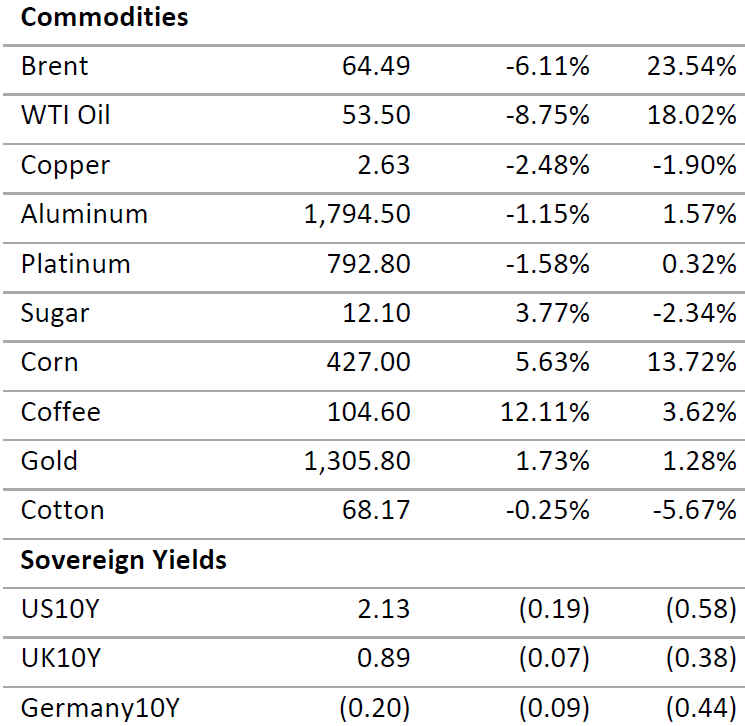 Personal income and spending in the US rose last week and
consumer confidence measured by the Conference Board
reached an 18 year high. Furthermore jobless claims data
remained at a 5 decade low but all the headlines were about
the trade war between the US and China. Vice President
Pence is understood to be preparing an offensive on human
rights and China have retaliated with an ‘unreliable entity
list’ of foreign companies which could harm its interest and
threatened to ban rare earth exports, a critical component
of technology hardware. The announcement of new tariffs
on Mexico last Friday caused the S&P500 to lose its
important 200 day moving average support level; some two
thirds of Mexican imports are related party trade between
companies shifting component parts between their
factories.

European markets suffered similar headwinds with Italy’s
FTSE MIB losing close to 3% and the spread of its 10 year
sovereign yields’ to German bunds rising to 2.95% on Friday
after tensions with the EU over debt levels. In China, the
Shanghai Composite ended the week 1.6% higher but
nevertheless ended the month 6% lower under tariff
pressures.

For some perspective, it is good to remember that there is
on average a dip of 5% or more in the S&P500 about 3 times
in any typical year. The short term picture is also favorable
for a dip as our proprietary leading indicators (chart above)
show a slowdown in growth and inflation in the near term,
a call which we made at the start of the year.

In such a situation, defensive sectors like utilities outperform and
higher beta lags. But from a longer term perspective, it
generally represents an opportunity to add to high beta and
hence reduce the book costs of holdings in portfolios.