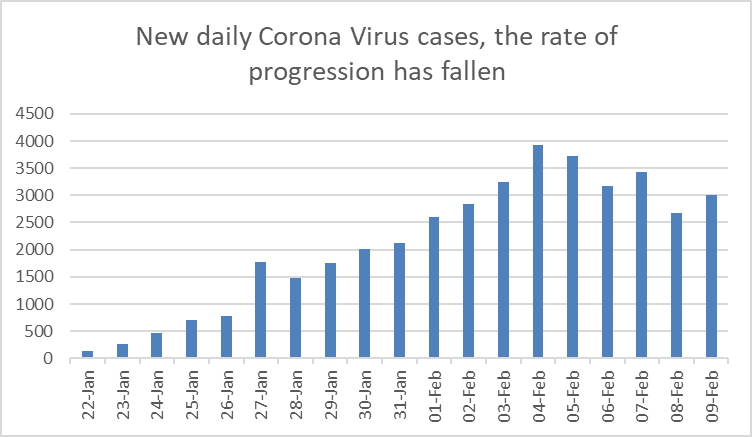 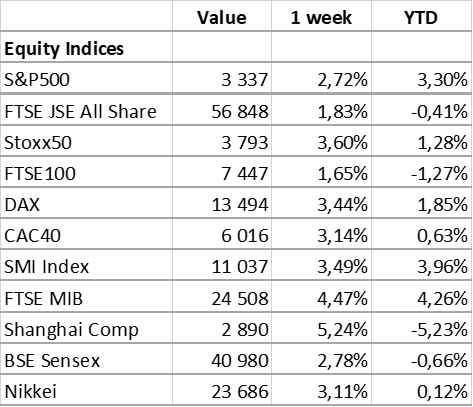 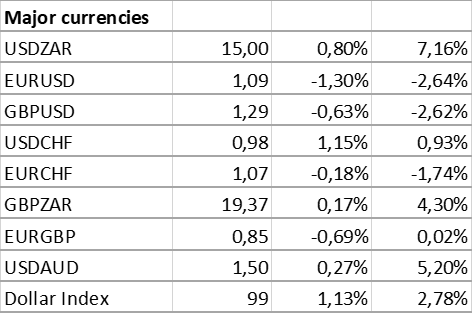 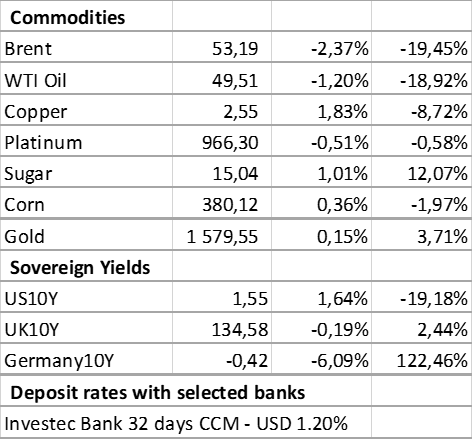 Investor sentiment was boosted as efforts to contain the spread of the corona virus seemed to be working. Although the number of infected cases increased to over 40,000, the progression of daily new cases slowed and contagion outside of the Hubei province appeared to be limited. Equity indices in many countries reached new highs as it became increasingly likely that the impact on global demand would mainly relate to supply chain disruptions and lower demand from China which would be temporary. In fact it is increasingly likely that this will be a V-shaped recovery for China with a dip in January followed by a rebound in February. The news of an interest rate cut in China, the promise to be more accommodative on the fiscal front and lower tariffs on US goods as from this week also boosted risk sentiment.

ISM manufacturing surged to positive territory for January after a contraction in December and similar data for the euro area indicated a slight improvement. ECB President Christine Lagarde told the European Parliament that ultra-easy monetary policy was still required as economic growth remained modest. She added that this situation is preventing a pass-through effect from wages to inflation. and that trade war fears had receded. Eurozone demand remained strong but external factors like the coronavirus remained a threat. There are also news that the ECB could take up around 40% of new issuance of corporate bonds this year and this is having a positive impact on yield spreads. However the USD has remained strong due to the growth differential and capital inflows on the flight to safety trade.

On the US political front, the Democratic primary election held in Iowa saw Sanders in a tight fight with Pete Buttigieg with Elisabeth Warren coming third. Joe Biden’s was a distant fourth. Sanders will go into the New Hampshire primary scheduled for Tuesday with strong momentum.