Markets have rallied sharply from their virus lows, driven by the policy revolution and economic reboot. Tighter valuations increase the risk of volatility, particularly ahead of divisive U.S. elections. Last week's equity sell-off illustrates this.

No one has been spared from Covid-19 travel restrictions: The number of countries that can be accessed visa-free on any given passport has dropped 33%. But U.S. citizens took the biggest hit, according to the Passport Index. As of 2 September, a U.S. passport holder can travel to 86 countries without a pre-approved visa, down from 171 last year.

According to Quartz, the global damage from natural disasters in the first half of 2020 is estimated to be $68-billion.

Zimbabwe - unable to pay US$3.5-billion to former white commercial farmers for land improvements done before farm seizures in the 2000s under the late President Robert Mugabe — offers land instead.

On Sunday almost 3,000 people in the U.K. tested positive for Covid-19, a more than 50% increase in a single day and the highest daily total since May.

Prime minister Boris Johnson has said that if a deal isn't reached with the E.U. by 15 October, the U.K. would walk away and have a "no-deal Brexit" instead.

At least 200 people have been airlifted out a region of California as a weekend fire has turned into an uncontrollable inferno. Totaling 23 separate fires, some 15,000 firefighters are battling the blaze.

The third quarter of 2020 – the current quarter, which ends at midnight on 30 September – is experiencing off-the-charts economic growth. According to the latest Reuters consensus poll of economists, the economy is going to expand 18.6% this quarter. That is the kind of growth that investors notice and would typically create tons of jobs.

The South African economy will require funding of an estimated R3.4 trillion in the next three years, excluding off-balance-sheet infrastructure projects, says Martin Kingston, executive chair of Business for S.A.

SARS Commissioner Edward Kieswetter said in his opening address at the virtual Tax Indaba on Monday that the revenue service was able to collect R460 billion compared to last year's R519 billion, during the same time.

The JSE will acquire a 74.85% shareholding in Link SA for a cash amount of R224.5-million, with Link SA's BEE shareholder retaining the remaining 25.15%. The transaction is expected to be concluded on or about 2 November 2020.

Diversified miners benefitted from a 15% rally in the iron ore price that drove the commodity to $125/tonne - the highest level since early 2014.

The fortunes of Naspers and Prosus diverged during the month with the former down 1.7% and the latter up 3.1% month-on-month. Naspers declined tracking a drop in its Hong Kong-listed subsidiary, Tencent Holdings

Barloworld, through subsidiary Barloworld Mongolia, forked out $168m to pay for Wagner Asia Equipment LLC with up to $30m payable within four years if performance conditions are met.

Comair - listed in July 1998 - operated without a loss since 1946 until struck down by COVID-19 lockdown, gave notice of its business rescue plan this week. The company's listing was suspended on 5 May this year.

Maponya Attorneys, who were appointed to the fund's panel in December 2014, says given the financial peril the Road Accident Fund is in, a court-ordered winding-up is the fairest outcome for all stakeholders. As things stand, the fund is insolvent as its total liabilities exceeded its assets by R262.11 billion according to its 2018/19 annual report. Its accumulated deficit is expected to increase from R329.7 billion in 2019/20 to R593.1 billion in 2022/23.

The U.K. market ended lower on Friday, as the chances of Britain leaving the European Union without a trade deal rose sharply. "It is almost inevitable that the perceived probability of 'no deal' will escalate over the coming weeks," Goldman Sachs analysts wrote in a note. Britain's government is working on legislation aimed at overriding parts of its Brexit withdrawal agreement. Doing so would almost certainly collapse trade negotiations with the European Union, as the new laws focused on essentially neutering the current agreement on state aid and customs with Northern Ireland.

The U.K. property market is booming with one in seven homes selling within a week more than doubling from last year as Britons scramble to cash in on a tax cut.

Germany promises Elon Musk “Whatever He Needs” for Tesla Berlin Plant. Germany's economy minister promised Elon Musk the government would help in whatever way needed to get Tesla Inc.'s Berlin plant up and running as soon as possible.

Chancellor Angela Merkel's government abandoned its balanced-budget policy this year and is set to borrow about 218 billion euros ($258 billion). A deficit of more than 80 billion euros is set for next year to fight the fallout from the pandemic, people familiar with the matter have said.

"A balanced budget isn't obligatory," Werner Gatzer, a deputy finance minister, said on Monday in a speech in Berlin. "We should return to normality. But normality isn't necessarily a black zero."

U.S. markets ended lower on Friday, pulled down by losses in technology sector stocks.  The tech sell-off showed no signs of abating as Tesla, the poster child of the euphoria in U.S. big technology stocks, fell 4.5% in Frankfurt after it was excluded from a group of companies that were being added to the S&P 500.

The S&P 500 Index remained positive for the year, but the more narrowly focused Dow Jones Industrial Average slipped back into negative territory for 2020. Value stocks lost ground but held up better than their growth counterparts.

The Labor Department's monthly nonfarm payroll report showed that employers added 1.4 million jobs in August.  In the past four months, approximately 48% of the jobs lost during March and April have been recovered, and the unemployment rate fell more than expected, dropping to 8.4% in August from 10.2% in July.

Bell Equipment's 21-year-long relationship with U.S. equipment manufacturer John Deere looks set to be unwound with Monday's announcement that the two companies are in discussions about a possible share transaction.

The mood across Asian markets was tentative.

Chinese trade surplus narrowed less-than-expected in August.  Data earlier on Monday showed Chinese imports fell 2.1% in August from a year earlier, confounding expectations for a 0.1% increase, in a sign of sluggish domestic demand. Dollar-denominated exports jumped by a larger-than-expected 9.5%. In Hong Kong, Semiconductor Manufacturing International has plunged 18.7%, after a Defence Department spokesperson stated that the Donald Trump administration is considering imposing export restrictions on the firm. 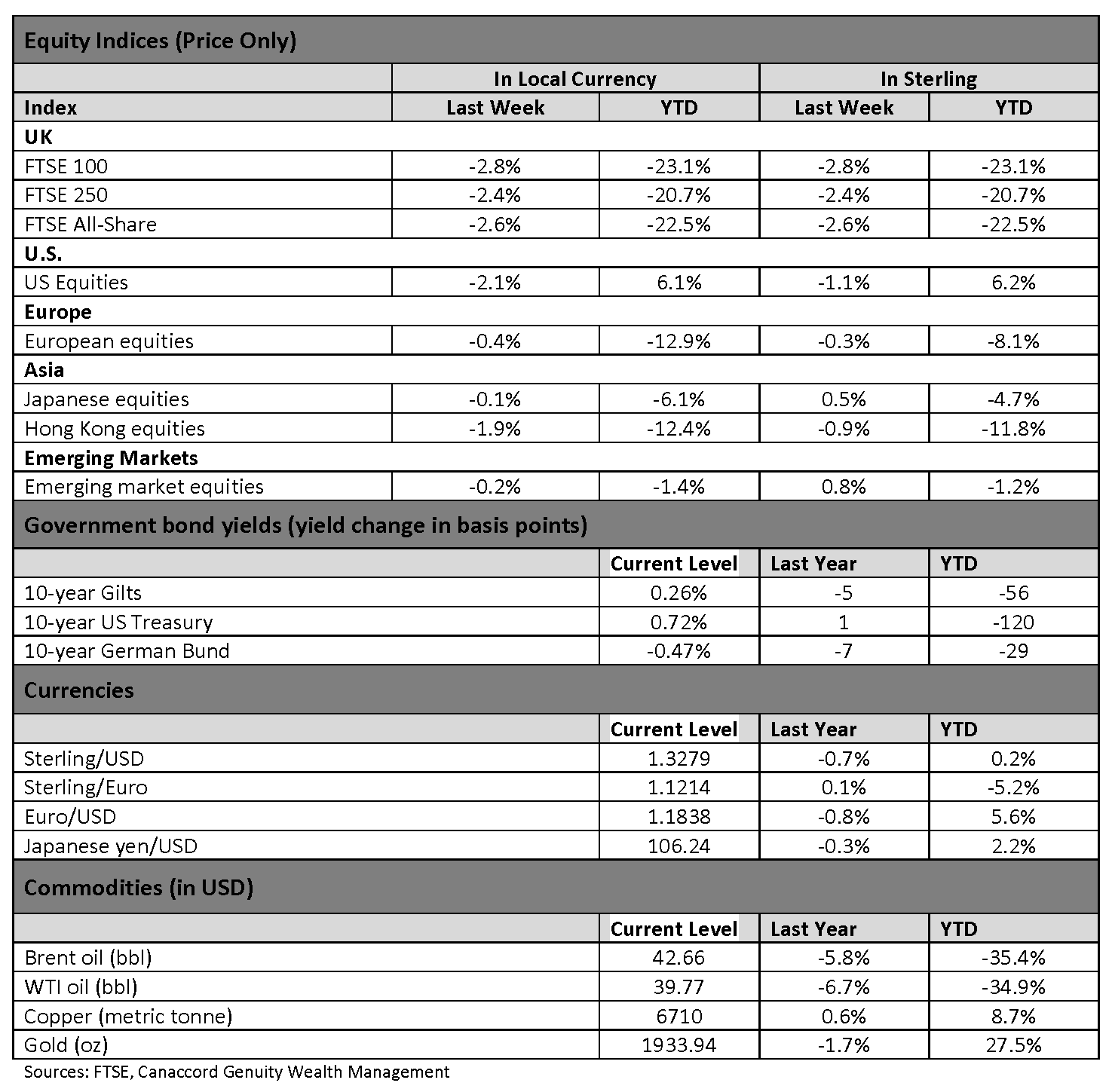