After the largest single-day wipeout in the history of the Bloomberg Billionaires Index, which saw Elon Musk's net worth plunged $16.3 billion last Tuesday, Tesla shares jumped more than 12% on Monday leading the tech stock bounce-back. Shares of Tesla continue to be about 16.5% below their 1 September all-time high.  Reports that the Securities and Exchange Commission (SEC) is investigating rival electric-vehicle maker Nikola for allegations of fraud are likely helping to prop up Tesla's shares.

About 760,000 people were hit by severe flooding in recent weeks in parts of West and Central Africa.  While floods and food shortages, following coronavirus disruptions, threaten to push Nigeria into a food crisis, the people of Nigeria welcome back to service 16 000 of their resident doctors. Nigerian resident doctors suspended a strike to allow the government time to meet its demands over-pay and working conditions.  Meanwhile, the authorities in Sudan are trying to protect the country's ancient pyramids from flooding as heavy rains have caused the nearby River Nile to reach record-breaking levels.

Zimbabwe's government has banned mining in game reserves following concerns from conservationists who accused two Chinese companies of exploring for coal in the largest national park, Hwange, which is home to the country's biggest elephant herd.

Israel becomes the first country in the world to impose a second national lockdown.

Mr Yoshihide Suga, 71, was chosen as the new head of Japan's ruling party, following the resignation of Shinzo Abe.

The Internal Markets Bill, which Boris Johnson's nationalist administration has admitted would breach international law by allowing the U.K. to override Brexit deal provisions on Northern Ireland, secured 340 votes in favour with 263 against it.

Discovery Health's chief actuary, Emile Stipp, concluded that the early and hard lockdown saved 16 000 lives by delaying the spread of the virus, which gave S.A.'s healthcare system time to prepare for the expected wave of infections.

"But at what cost?", asked BizNews founder Alec Hogg. "As the long-term impact on businesses and employment takes months to emerge, we'll only be able to quantify the actual number in time. But we do already know from Stats S.A. that second-quarter GDP fell 51%, which translates into a R750bn wipeout. Divide that by those 16 000 lives, and simple arithmetic gives us a cost of R46m for each grateful citizen saved."

Two sectors may be S.A.'s economic revivers.  Mining and agriculture were among the stand-out performers during what is set to be known as the 'pandemic quarter'.

In a challenging year, Shoprite recorded a 6.4% year-on-year jump in turnover to R159.6bn despite the COVID-19 induced lockdown restrictions. Hyper-inflation, forex translation, discontinued operations, and IFRS adjustments made it challenging to get a clear sense of the actual earnings performance of the Group. The Group also managed to reduce its inventory-to-sales ratio to 12% from 14.2% in FY19. Shoprite is guiding for this ratio to remain constant at 12% going forward.

The Commercial property industry lost in the region of between R6-billion and R8-billion in rental income over the lockdown period. John Loos, a Johannesburg-based property economist at FNB, says the sudden forced "Zoom Boom" has potentially changed a lot of things. It has shown that working remotely has been remarkably effective.  Many employees are understandably big fans of the setup, because of the significant cost and time saving on commuting. In certain corporates across the world, CFOs are seeing a potential opportunity to save on costly office space and increase productivity.

As investors await the outcome of the Fed's policy meeting, European markets are expected to follow the lacklustre lead of their U.S. and Asian counterparts.  Investors widely expect the central bank to maintain a downbeat stance on the economy.

In the U.K., the unemployment rate edged higher in what one economist said was a labour market in a holding pattern while the country's job-retention program runs through October.

The explosion in online shopping that the pandemic has brought about is evident in Ocado's latest Q3 sales numbers, which has seen the company push its way to the top of the FTSE100. A rise in retail revenue of 52% in the last quarter to £587.3m, helped move the average spend to £141, with average orders per week rising to 345k from 315k, from the same period a year ago.

Faurecia shares slumped after Peugeot said it would delay the distribution of its shares in the automobile supplier to Fiat Chrysler until after the merger has completed. The two automakers are amending their merger agreement.

The euro recently rose to 1.20 levels, its highest in more than two years. A strong euro could damage economic growth, as it makes eurozone exports more expensive compared to other foreign goods. It would likely also make imports cheaper, which leads to lower inflation.

Benjamin Graham, referred to as the father of investing, introduced us to the concept of Mr Market in his best-selling book, "The Intelligent Investor".  In it, he said that we need to make the market serve us, not the other way around. He taught that we only get onto the front foot after realising the ADHD, manic-depressive Mr Market determine share price movements.

The reaction by U.S. traders to the quarterly results from Slack Technologies suggests Mr Market's attention deficit disorder is now acute. Slack reported that their Quarterly revenue was up 49% year-on-year with the full year's increase pencilled in at 40%; large customers rose 37% in number and there were significant positive swings in free cash flow, profit margins and earnings.  Yet the Slack share price dropped 14%.

Oracle – the American computer technology corporation – has won a bid for the U.S. operations of TikTok, the popular social media app that allows users to view and share videos. The new deal with Oracle includes a "commitment to establish TikTok as a global company" with its headquarters in the United States, a move which "would mean 20,000 new jobs."

Energy stocks took a hit as crude oil prices dropped for the second week in a row, tumbling on Friday below $38 per barrel. As recently as 31 August, the price was above $43; it had been above $40 since early August.

Inflation remains below the U.S. Federal Reserve's 2.0% target, but it's rising, despite high unemployment. The Department of Labor on Friday reported that consumer prices rose 0.4% in August compared with July, or 1.3% from a year earlier. In contrast, the year-over-year rise was just 0.2% as recently as May.

While no significant policy moves are expected when the U.S. Federal Reserve Board concludes a two-day policy meeting today, Chairman Jerome Powell could offer some further details on a recent shift in how the Fed views inflation. Powell said last month that the Fed wouldn't worry as much as it previously had about the prospect of low interest rates triggering rising prices.

Yoshihide Suga was elected as Japan's prime minister, becoming the country's first new leader in nearly eight years. Meanwhile, provisional trade statistics from Japan's Ministry of Finance showed the country's exports in August falling 14.8% as compared to a year ago. That compared against a 16.1% drop expected by economists in a Reuters poll.

The rivalry between Meituan, now China's third most valuable listed tech company, and Ele.me, has meant ever cheaper and faster deliveries of takeaway, groceries, medicines—and even running of general errands. It's also been a proxy war for social media giant Tencent, which backs Meituan, and e-commerce monolith Alibaba, which acquired Ele.me two years ago. But for workers, the unstoppable demand has meant risking their lives to meet unreasonable deadlines the apps set for them.

Rio Tinto Group Chief Executive Officer Jean-Sebastien Jacques will leave the mining giant in the wake of concerted investor pressure to step up its response to the destruction of ancient Aboriginal heritage sites in Australia.

Commodity-linked currencies such as the Australian, New Zealand, and Canadian dollars gained after the positive Chinese data. 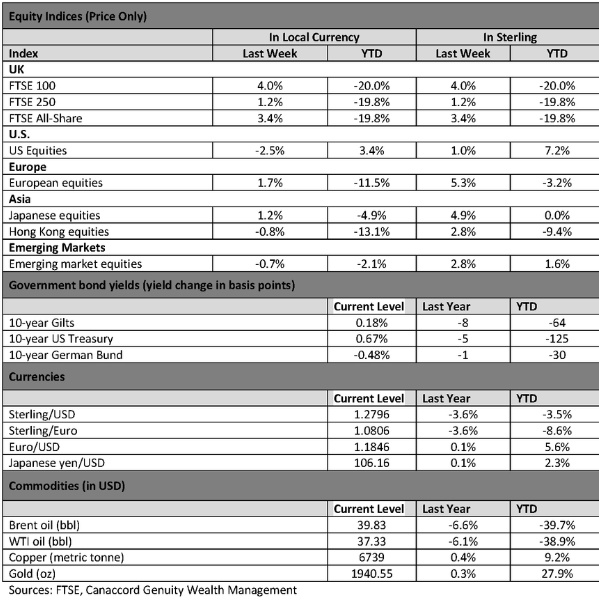 A World In Disorder