LIVING IN A POST-TRUMP WORLD

The country's ability to cope with the pressure on the fiscus is also limited because it's expected to see a R300bn shortfall in tax revenues.

The growth in the deficit is expected to put further strain on the broader economy.

And the cost of servicing it every year has risen by about R100bn over the same period.

Government Debt has more than doubled in the past seven years.

On a month-on-month basis, in Italy, the seasonally adjusted industrial production recorded a drop of 5.6% in September.  The decline ended four months of consecutive rises following the first wave of the coronavirus.  Despite the fall Italian National Institute of Statistics (ISTAT) said output was up by 28.6% in the third quarter of 2020 compared to the second, which was hit by the COVID-19 lockdown. (ANSA).

Industrial production in Germany climbed 1.6% in September on a month-on-month basis, less than market expectations for an advance of 2.7%.   In November, the economic sentiment index dropped to 39.00 and recorded a reading of 56.10 in the prior month.

The U.K. economy grew by a record 15.5% in the third quarter, but the second lockdown could derail the recovery.  Thousands of struggling businesses applied to British banks for extra money from state-guaranteed “bounce back” loans as England entered the first full week of the new national lockdown.

U.K. Finance Minister Rishi Sunak recently announced the extension of the country’s furlough scheme until the end of March 2021 in a bid to ward off a sudden spike in unemployment.  Meanwhile, the Bank of England expanded its target stock of asset purchases to £895bn ($1.2tn). The central bank estimates an 11% contraction for the year.

In September job openings rose to a level of 6436.00 K, while consumer credit rose $16.21bn, higher than market expectations of an advance of $9.00bn.

The small business optimism index remained unchanged at 104.00 in October, while the unemployment rate recorded a drop to 6.9% from 7.9% in the prior month.

Apple Inc kicked off its transition away from Intel Corp chips on the 10th of November 2020, revealing the first Mac computers with the main processor designed in-house by the iPhone maker.

Richemont and Alibaba will each invest $550mn in a combination of equity and convertible notes for a combined 25% stake in the new joint venture with online luxury fashion e-tailer Farfetch as they target affluent Chinese consumers with luxury goods. They have an option to buy a further combined 24% of Farfetch China after three years. The deal is expected to be completed during the first half of next year. U.K. fund manager Artemis is increasing its investment in Farfetch with a $50mn share purchase.

After Beijing granted the Hong Kong government sweeping new powers to expel the city’s pro-democracy politicians directly, the entire opposition camp is expected to quit following the ouster of four legislators. In response, the U.S. warned of more sanctions on China.  Hong Kong’s securities regulator has privately advised financial institutions they can implement U.S. sanctions without automatically violating a strict national security law imposed on the city by Beijing.

New regulations that could force Ant to raise more capital to back lending and seek national licenses to operate across the country may reduce the firm’s valuation by as much as $140bn, according to estimates from Morningstar Inc. and other firms. The regulatory details are preliminary and could be subject to change.  If Ant’s $280bn pre-IPO valuation is halved, it would essentially mean the company is worth less than what it was two years ago when it raised money from some of the world’s largest funds including Warburg Pincus LLC, Silver Lake Management LLC and Temasek Holdings Pte.

Tencent reports earnings during China’s tech turmoil. The gaming giant will need to explain to investors how it will weather China’s new rules against internet monopolies, which caused a $290bn selloff in the Chinese tech sector this week. Meanwhile, TikTok is complaining about radio silence from the Donald Trump administration—the deadline he set for it to be sold is the 12th of November 2020.

The Reserve Bank of New Zealand maintained the key interest rate at 0.25%, in line with market expectations.

Wall Street Hits Another High, While South Africa Gets A Low Blow 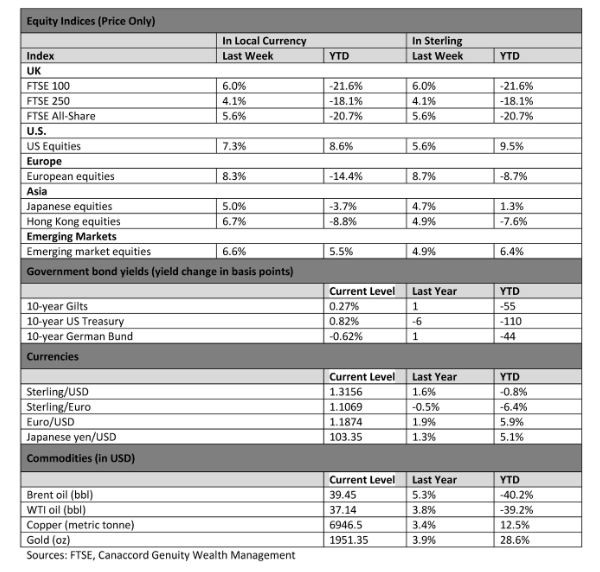