Almost a month after President Ramaphosa commented that "history would absolve him" in answer to the government's lacklustre fight against corruption, a series of arrests — placing government officials and private sector businessmen in handcuffs — has renewed a sense of optimism within a country stifled by misconduct.

While the nationwide crackdown on corruption enters an optimistic new era, Cosatu General Secretary Bheki Ntshalintshali has called on over one million workers to stay at home or picket on Wednesday. Ntshalintshali says that while ongoing wage disputes and poor treatment of workers form the foundation of Wednesday's strike action, corruption amongst senior politicians warrants a mass response.  The union said: "We need to take a stand and push back against this flagrant theft of taxpayers funds and the disgraceful abandonment of the working class by policymakers and decision-makers. The only way to undo this corrupt system is through disruption and non-cooperation and obstruction."

On 17 September President Cyril Ramaphosa announced that South Africa would reopen its borders and ports of entry for international business and leisure travel on 1 October, subject to a slew of rules and regulations.  Travellers are expected to follow local regulations, including the mandatory wearing of masks in public, practising social distancing, regular washing or sanitising of hands and presenting a negative Covid-19 test result not older than 72 hours from the time of departure.  Both aircrew and passengers required a Polymerase Chain Reaction (PCR) certificate not more than 72 hours old and, like passengers, the crew will be subjected to screening and prescribed health protocols upon arrival. The visa-free status of citizens of South Korea, Spain, Italy, Germany, the U.S., the U.K., Singapore, France,

Portugal and Iran have been reinstated.

President Ramaphosa has officially launched South Africa's largest residential project, Mooikloof Mega City, east of Tshwane in Gauteng. The project will present approximately 50 000 apartments, schools, shops and offices. "We continue to feel the effects of apartheid spatial design in what may be termed the 40/40/40 principle.  This means that most people are housed 40 kilometres from employment opportunities; as a result, they spend over 40 minutes travelling to and from work and spend over 40% of their incomes on transport expenses. In many cases, those affected are the poor who live in 40m2 houses." said the President. The development will create approximately 41 000 jobs.

According to a new nationwide CNN Poll conducted by SSRS, Joe Biden's advantage over President Donald Trump has expanded, and the former vice president now holds his widest lead (57% to Trumps 41%) of the cycle with less than a month remaining before Election Day.

Meanwhile, world stock markets neared a more than two-week high on Tuesday after U.S. President Donald Trump's return to the White House from the hospital where he was treated for Covid-19, and expectations of a new U.S. stimulus package being agreed rose.

On a planetary note, Mars is closer to Earth this week than it will be for 15 years and with no bright stars in the same part of the sky, the red planet will be unmistakable.

The emotional back and forth with these Brexit negotiations have put the markets on edge, with big swings seen with all currencies associated with the GBP.  USD/ZAR this week has proved to be a tug of war between bulls and bears with neither coming out victorious just yet, and uncertainties facing the South African Rand include:

​​​​​​​The past week saw South African unemployment hit 23.3%, where the market was expecting numbers closer to 35%.  The FNB/Bureau of Economic Research Consumer Confidence Index sits at -23 for Q3 and bar the second quarter low of -33; this is the lowest on record since the first quarter of 1993 which was a recessionary period of great uncertainty just before South Africa's first democratic election.

*  The U.S. Elections – The expected volatility could favour upside to the USD/ZAR pair as the USD could provide a safe-haven to risk-averse investors. Going into the election, the dollar is the most short as it's been in over a decade. Historical data exhibits a reversion to a more neutral stance in USD as the time horizon shortens, which could result in a USD short squeeze (detrimental for the ZAR).​​​​​​​

*  President Cyril Ramaphosa's fight against corruption – Recent arrests could provide a boost to the country's investor confidence.  Should the President remain steadfast in his outlook on corruption, USD/ZAR price action could continue moving toward pre-COVID levels.

*  South African coronavirus statistics - South Africa has the highest number of COVID-19 cases in Africa. Although numbers haveplateaued, the fact remains that the country could see future lockdown measures akin to Europe. However, as vaccine expectations rise, the Rand may be in for further strength should a vaccine be produced sooner rather than later, sparking risk-on flows.

Official data from Germany underscored that the region's economic powerhouse was faring better than its peers. New factory orders in Germany rose faster than expected in August, prompting analysts at ING to say the country's manufacturing sector could outpace services in the final quarter of the year.

Brent crude, the international benchmark, gained more than 3% to top $42 a barrel. The rally — which takes the market to its highest point since mid-September — follows strikes in Norway, western Europe's largest crude-producing nation, which threaten to curtail the country's output.

Banks and firms preparing for Brexit have relocated more than 7,500 finance jobs and more than a trillion pounds in assets from the U.K. to Europe, according to a new survey.

Sterling is once more proving highly sensitive to Brexit newsflow, with gains coming after a newswire headline that E.U. sources have assessed that the latest round of EU/UK talks has been "one of the most positive so far".

The coronavirus resurgence and resulting harsher measures to contain it in Spain might push the country to an even deeper crisis than the central bank's worst-case scenario (growth -12.6% in 2020), Bank of Spain governor de Cos warned. Speaking also as ECB governor, De Cos said the ECB might have to calibrate (extend or increase) its crisis measures and even introduce new ones.

Debt sales to fund Europe's pandemic-linked unemployment scheme (SURE) kick off later this month, a test run for groundbreaking plans to transform the European Union into one of the world's largest bond issuers in less than a decade.

A House panel led by U.S. Democrats investigating competition in the technology sector is poised to propose sweeping reforms to block giants such as Amazon.com Inc and Apple Inc from both owning marketplaces and selling their products on them.

Home rental company Airbnb is aiming to raise around $3-billion in its upcoming initial public offering (IPO) taking advantage of the unexpectedly sharp recovery in its business after the Covid-19 pandemic roiled the travel industry.

S&P 500 futures were a touch weaker after the best daily gain on the S&P 500 index in a month overnight, while the optimism hit gold and other safe-haven assets.

Oil jumped the most since May in New York, rallying in tandem with equity markets on optimism over the potential for more U.S. fiscal relief.

U.S. 10-year yields were steady at 0.77% while in the currency markets, the dollar was under pressure from most other majors with the exception of the safe-haven yen.

The Walt Disney Company's parks, experiences and products division has been "crushed" by Covid-19, says Reuters, and the impact has resulted in 28,000 employees losing their jobs.  Most of the lay-offs are at the company's theme parks in the United States, BBC News reports.

In its freshly released fiscal plan, Australia ramps up spending to keep the economic recovery going. Measures include bringing forward an income tax cut, A$ 14bn in new and accelerated infrastructure projects and a cash bonus for hiring young(er) employees. The budget deficit will rise to 11% of GDP (A$ 213.7bn) in the fiscal year through June 2021, that's a level unseen in peacetime. Debt to GDP is expected to rise from 24.8% last fiscal year to 43.8% in 2024.

The annual Golden Week holiday is dubbed "the world's largest human migration" as it usually sees millions of Chinese tourists travelling internationally.  But this year, the pandemic has made international travel nearly impossible. So the Chinese are travelling locally instead. As a result, domestic tourism during this national holiday season is expected to recover to near pre-pandemic levels, helped by pent-up demand and cheap airfares.  China's tourism ministry said around 425m people travelled within the country during the first four days of the holiday alone.

Indian markets rallied more than 1% to end at a seven-month high on Tuesday as expectations of better September quarter corporate earnings, improvement in domestic economic macro data, and a positive scenario in the global markets improved investor sentiment.

The appointment of new external members of the Reserve Bank of India's (RBI's) monetary policy committee (MPC) also raised hopes of an interest rate cut by the central bank in the upcoming review.

Japan's two biggest automakers, Toyota and Nissan, will ask Britain to reimburse them for additional custom charges incurred if the U.K. government fails to reach a Brexit trade deal with the European Union, the Nikkei financial daily reported.

The dollar was slightly firmer around ¥105.70 in Tokyo trading, reflecting waning concerns over U.S. President Donald Trump's health after he was found to have been infected with the novel coronavirus. 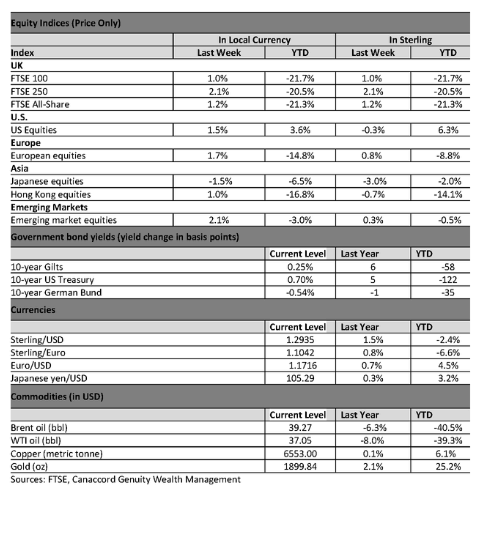